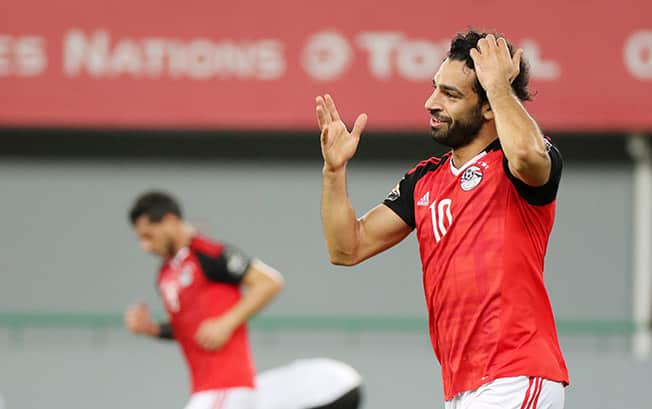 Egypt’s dominance of African football has long been at odds with the country’s dire underachievement at the World Cup but the Pharaohs head to Russia with the chance of putting right decades of crushing disappointment.

The soccer-mad country has won the African Nations Cup seven times but has qualified for only two previous World Cups — in 1934 and 1990.

On both occasions Egypt bowed out without winning a game but under the guidance of Argentine Hector Cuper they have the ability to go deep in this year’s tournament.

The pace and finishing skills of forward Mohamed Salah are a lethal asset and a group including Uruguay, Saudi Arabia and hosts Russia gives Egypt a good chance of making the knockout stages for the first time.

Egypt are ranked 46th in the world, above Russia and Saudi Arabia, and should finish second in Group A behind Uruguay but will probably face title contenders Spain or Portugal in the last 16.

Cuper’s team came through the third round of World Cup qualifying with four wins, a draw and one defeat, using a game plan based on a strong defensive foundation.

The 62-year-old, who twice took Valencia to the Champions League final, has developed a team capable of soaking up pressure and using Salah’s pace to launch devastating counter-attacks.

The Argentine’s tactics have divided opinion, with many fans craving more attacking adventure, but Egypt’s run to last year’s African Nations Cup final showed how effective they are at tournaments.

With 44 goals and 16 assists in all competitions for Liverpool this season, Salah is Egypt’s talisman and most potent weapon, scoring five of his country’s eight goals in the final round of qualifiers.

Behind him Egypt have a mixture of youth and experience.

Cuper can call on Stoke City’s Ramadan Sobhi and Mahmoud Hassan, better known as “Trezeguet”, both of whom have the ability to trouble defences.

Goalkeeper and captain Essam El Hadary will become the oldest player to play at a World Cup at the age of 45, while West Bromwich Albion centre back Ahmed Hegazi has a strong partnership with Rami Rabia in central defence.

Arsenal midfielder Mohamed Elneny shields the back four, while Abdallah Said, who plays his club football for Al Ahly, offers creativity in midfield.

Trezeguet spoke of Egypt’s need for self-belief if they are to progress beyond the group stages.

“We’ll need to play each match as if it were a final,” he said. “We mustn’t fear any team at the World Cup.”

With eye on re-election, Tsipras rolls dice on Skopje issue