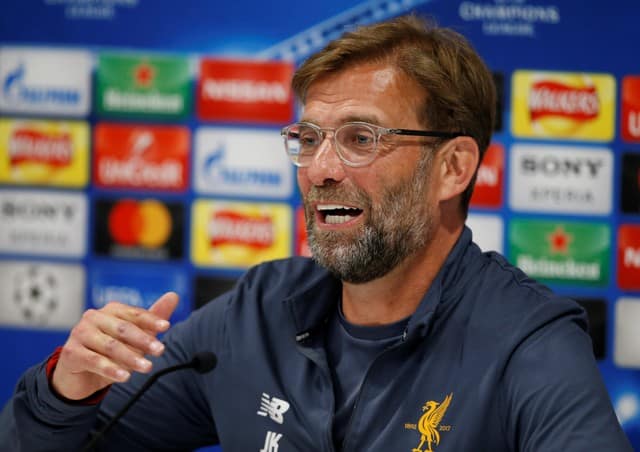 To Jurgen Klopp, Saturday’s much-anticipated Champions League final will rest on whether Real Madrid’s drive to win their third successive title outstrips Liverpool’s desire for their first since 2005.

“They will want to do it again. It would be big 100 percent. If we did it, it would be big, too. We will try,” said Liverpool’s manager with an understatement at odds with his belief that his team will succeed.

The narrative of young pretenders challenging the established order appeals to Klopp, who made his name taking aim at Bayern Munich with Borussia Dortmund, but Liverpool are hardly ingenues when it comes to winning European titles.

Victory on Saturday would bring their sixth European Cup and reinforce their status as by far England’s most successful team in the competition. Predictably, advice from their legion of past winners has flowed all week.

To Steven Gerrard, hero of the 2005 win over AC Milan, they must simply seize the moment; to Alan Kennedy, who scored the goal which beat Real in the 1981 European Cup final it is about courage; to Kenny Dalglish, a three-times winner in 1978, 1981 and 1984 the secret lies in understanding how to react when the pressure bites.

With pedigree like that, Liverpool are rather more than cocky upstarts out to take a swipe at Real and it will be a surprise if Klopp does not keep faith with the free-flowing brand of football that has made them the competition’s leading scorers with 40 goals.

Porto, Manchester City and AS Roma were all blown away in the knockout stages with stunning first-leg performances that delivered 13 goals, most from their frontline trio of Sadio Mane, Roberto Firmino and Mohamed Salah, the Egyptian maestro whose 44 goals have spearheaded their season.

Liverpool tend to score in bursts, often in the first half, and if they seize the initiative on Saturday Real may struggle to play catch up against a team never so dangerous as when they defend.

But the English side are unlikely to have it their own way against the serial winners from Spain.

Another triumph would make Real the fourth team to claim three successive European crowns – and the only ones to do it twice – while Cristiano Ronaldo is hoping to become the first player in the Champions League era to win five titles, four with Real.

Already the tournament’s record scorer, the five-times Ballon d’Or winner netted in every Champions League game this season before twice missing out in the 4-3 semi-final aggregate triumph over Bayern Munich when he struggled to assert himself.

While some viewed that as a blip, Graeme Souness, another of Liverpool’s European Cup winners, saw it as a sign of decline and suggested that Klopp should not construct a gameplan around a fading 33-year-old.

“He spends a lot of time on his bum now, complaining he’s been fouled, and plays the width of the box,” Souness wrote in the Sunday Times. “He’s still capable of great things but, like Real, nowhere near where he was even 12 months ago.”

Ronaldo’s double in Real’s quarter-final win over Juventus suggests Liverpool would do well not to write him off just yet and their promising but inexperienced fullbacks Andy Robertson and Trent Alexander-Arnold will have to be at their sharpest to deal with his threat and that of Gareth Bale if he starts.

Marcelo, Real’s marauding left back, could prove equally key in a game where goals appear guaranteed.

So far this season Liverpool have never failed to impose themselves in Europe and their early defensive frailties which saw them squander a three-goal lead against Sevilla in the group stage appear to have been rectified by a new goalkeeper, Loris Karius, and the calming presence of the world’s most expensive defender, Virgil van Dijk.

Whether they will be sufficient to withstand the force of Europe’s most successful but ageing team is one of Saturday’s most intriguing sub-plots, as is Klopp’s ability to finally emerge a winner after five successive defeats in finals.

In reaching this far, Liverpool have overcome a series crippling injuries, the mid-season departure of star midfielder Philippe Coutinho and the still unexplained absence of Klopp’s assistant Zeljko Buvac.

To negotiate all that and end up with the biggest prize of all would assure them a place in Anfield’s bulging hall of fame. You can almost feel Klopp urging them on.

‘Cyprus will remain a safe haven for those in need’, minister says at launch of Argonaftis