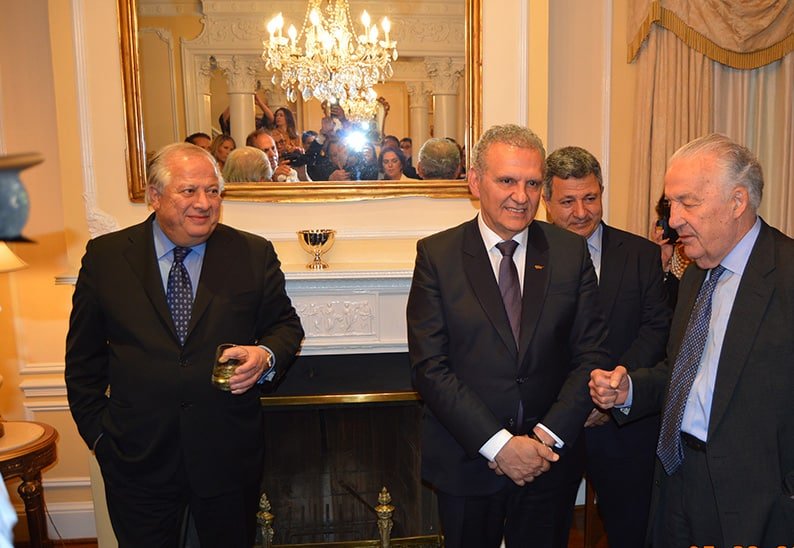 The Greek Cypriot side is ready to restart negotiations for a solution of the Cyprus problem from the point they were stopped back in July 2017 and taking the Guterres Framework as the basis of this discussion, Presidential Commissioner Photis Photiou has said.

However, he said, Turkey would have to change its stance and that the situation was now even more complex, especially in view of the upcoming early general elections in Turkey.

In a speech at the 34th Annual Cyprus and Hellenic Leadership Conference in Washington, Photiou referred to bilateral relations with the United States, noting that “we have entered a new and unprecedented era in our relations.”

On the Cyprus problem, Photiou referred to efforts to resume negotiations, which were paused in 2017 in Crans-Montana, Switzerland, when talks failed to deliver a plan for reunification, due to Turkey’s demands.

“Our long-standing goal is the achievement of a settlement that will terminate the illegal status quo and secure the values and principles of the European Union for all Cypriots,” Photiou reiterated, adding that “we are ready to restart negotiations from the point we have stopped back in July 2017 and taking the ‘Guterres Framework’ as the base of this discussion.”

He added that “our perception is that Turkey, which exerts total dominance over the Turkish Cypriot side, does not seem to be ready or willing to allow for the resumption of the talks,” noting that, “admittedly, the situation is now even more complex, especially in view of the upcoming early general elections in Turkey on June 24.”

Regarding Turkish provocations in Cyprus’ Exclusive Economic Zone, Photiou said this was “another dangerous reality, again created by the intransigent and provocative stance of Ankara.”

“Turkish behaviour constitutes a violation of international law, including the UN Convention on the Law of the Sea as well as violation of Cyprus’ sovereign rights over its EEZ, while at the same time it threatens that it plans to proceed to illegal exploratory drillings within parts of Cyprus’ EEZ. It is clear that Turkey’s actions in our maritime zones aim at advancing Turkey’s interests in the Eastern Mediterranean: to place the region’s hydrocarbon reserves under its control and become the energy hub of Europe,” he said.

On the issue of energy, Photiou referred to the discovery of significant hydrocarbon reserves in the exclusive economic zone of Cyprus, which have “revealed the leading geopolitical role that Cyprus can play as an energy hub, both regionally and within the European Union.”

He spoke about the EastMed pipeline and other parallel projects that are being concluded, the research and exploitation activities of oil and gas companies involved in Cyprus’ EEZ, and the EuroAsia Interconnector and the EuroAfrican Interconnector.

Furthermore, he pointed out the destruction of the religious and cultural heritage in the occupied part of Cyprus, noting that “this collective loss cannot and must not continue.”

Summer schools to run across the island