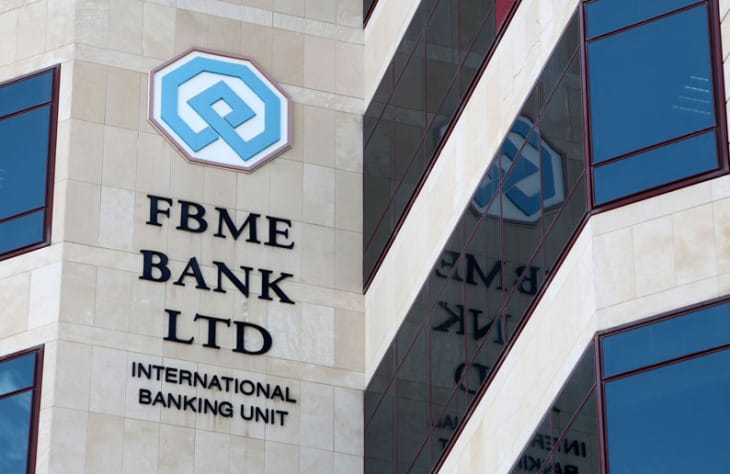 The former owners of FBME Bank, the Tanzanian lender branded by US authorities as a financial institution of primary money laundering concern, said that two key suspects in the Magnitsky case sanctioned by the US were not included among the bank’s clients.

“Neither Dmitry Klyuev nor the Andrei Pavlov who has been sanctioned were ever clients of FBME and we deny any wrongdoing,” a spokesperson for FBME Ltd, the holding company of FBME Bank, said.

Its owners, Lebanese brothers Ayoub-Farid Saab and Fadi Michel Saab, barred from accessing the bank’s records after it was placed under administration in July 2014, have knowledge of the situation as “the relevant accounts at the bank were the subject of a detailed review by independent auditors instructed by the Saab family,” their spokesperson added.

The FBME spokesperson was responding to a letter, sent by MEP Ana Gomes, to Cyprus’ Attorney-general Costas Clerides and made public on May 18. Gomes asked whether the Cypriot authorities had investigated the theft of $230m taxes –paid by three subsidiaries of Hermitage Capital– and uncovered by Russian lawyer Sergei Magnitsky. The latter died in a Russian prison nine years ago after the officers he had accused of the theft arrested him and deprived of him access to medical treatment.

In her letter to the AG, Gomes wanted to know if the authorities had investigated the activities of Klyuev and Pavlov, their assets in Cyprus and whether they had been questioned. She specifically asked whether Cypriot authorities would look into the accounts of two companies Altem Invest Ltd and Zibar Management Inc., both registered in the British Virgin Islands (BVI), for receiving $22m of the stolen funds uncovered by Magnitsky. The funds came, according to Gomes, from OOO Camelot and OOO Liga Invest, from accounts opened at Russia’s Universal Savings Bank, owned by Klyuev.

In July 2014, the US Financial Crime Enforcement Network (FinCEN) proposed the imposition of the fifth special measure und the Patriot Act to bar US financial institutions from opening and maintaining correspondent accounts with FBME. This prompted the Central Bank of Cyprus to place the Cyprus branch, which accounted for 90 per cent of the bank’s total operations, under administration and subsequently resolution.

Last year, the owners of FBME Bank lost a legal battle in the US to have the FinCEN measure overturned.

“We entirely support your campaign to get to the bottom of money laundering in Cyprus and we share your concerns,” Ayoub Farid Saab told Gomes in his capacity as chairman of FBME Ltd in a letter dated May 21, a copy of which was obtained by the Cyprus Business Mail. “We agree that the authorities should be pursuing the real culprits and dealing with the evident corruption and malpractice in the financial system in Cyprus. Instead, the Cyprus authorities have chosen to find a scapegoat to draw the focus away from the need for them to apply and enforce international regulation in a fair and impartial manner”.

The Saab brothers resorted to the arbitration court of the International Chamber of Commerce in Paris demanding up to €1.5bn in compensation citing Cyprus’s failure to protect their investment.

“To be clear, while FBME does hold two accounts (one open and one closed) for an Andrei Pavlov (a common name in Russia) his date of birth is eight years apart from the Andrei Pavlov that has been sanctioned,” the chairman of FBME Ltd said. “Furthermore, neither Altem or Zibar were owned or controlled by Dmitry Klyuev and the bank closed both of these accounts and reported Zibar to Mokas in January 2013. We also confirm, that neither OOO Camelot nor OOO Liga Invest were clients of FBME”.

In October, the founder of Hermitage Capital Bill Browder said that Klyuev was linked to both Altem and Zibar.

The funds, she said, were wired by six shell companies; Moldova’s Bunicon-Impex and Elenast-Com, Belize’s Eviac Holding and Dorid Management and Vanterey Union and Mellam Holding from the BVI and Transcreditbank account.

Ayoub-Farid Saab said only Sinthoma held an account with FBME and was reported to Mokas, the Cyprus financial crimes unit, in 2013. He added that the owners of FBME Ltd were “not aware of any other accounts at FBME having received funds from the shell companies you list”.

He also said that FBME Bank retained and tasked Ernst & Young (EY) immediately after FinCEN announced its findings about the bank to carry out an investigation into the allegations.

“Unfortunately, the Ernst & Young team was initially barred access to the bank by the Special Administrator appointed by the CBC (Central Bank of Cyprus),” the FBME Ltd chairman said.

When in October 2014, the US Treasury included Issa al-Zeydi in its sanctions list, FBME Bank was already under the full control of the bank supervisor, he added.

“Nevertheless, FBME’s management immediately carried out all the required actions in respect of the updated sanctions list and reported those actions to the Cypriot authorities,” Saab continued. “Furthermore, FBME invited Ernst & Young back to carry out specific reviews based on the updated sanctions list. EY Did not find any contracts, transactions or invoices related to Syria after August 2011, when comprehensive U.S. economic sanctions were enacted”.

The eldest Saab added that the bank found no connection to Syria after it carried out “a thorough review of 196 external counterparties with whom Balec transacted”.

Last year it emerged that a report produced by Ernst & Young and obtained by the Cyprus Business Mail showed that Balec, a BVI based company, owned by al-Zeydi, a Syrian national, was linked to Syria’s production of chemical weapons, implemented by the Syrian Scientific Research Centre.

Plant of the week: Nuts used by Romans against drunkenness