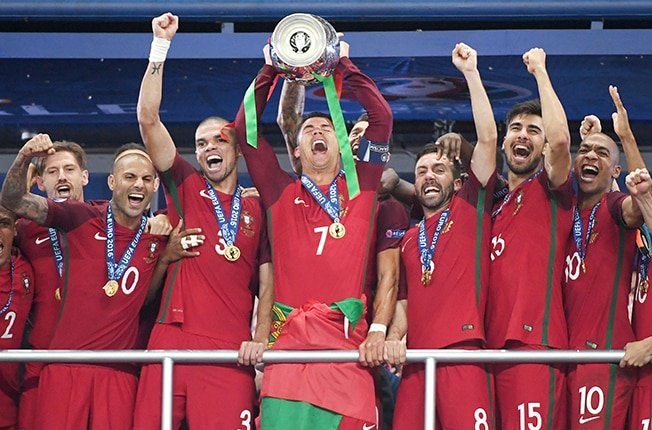 Dour and pragmatic, Portugal will also have to carry the high expectations that come with being European champions and boasting one of the world’s two best players

Portugal’s Cristiano Ronaldo shows no signs of flagging as he approaches his mid-30s but there are plenty of other worries for a team with an ageing central defence and a number of players struggling for form.

Dour and pragmatic, Portugal will also have to carry the high expectations that come with being European champions and boasting one of the world’s two best players.

Coach Fernando Santos said before their March friendlies against Egypt and the Netherlands that it was proving much more difficult to assemble his squad for the World Cup in Russia than it had been two years ago before Euro 2016.

Many of those who played a key role in that triumphant campaign have lost their way at club level.

Renato Sanches, who commanded the midfield in the knockout stages with a confidence that belied his 18 years, barely played after joining Bayern Munich for the subsequent season and a loan move to Swansea City has not worked out either.

Injuries and a continued lack of form have badly affected his confidence and he is highly unlikely to be selected for the squad to go to the finals.

Adrien Silva missed the first four months of the English Premier League season because his move from Sporting to Leicester City was not registered in time.

Andre Gomes has barely featured at Barcelona and Joao Mario has been loaned to struggling West Ham United after losing his place in the Inter Milan team.

Eder, unlikely scorer of the winning goal in the Euro 2016 final, is playing at Lokomotiv Moscow and, like Sanches, appears to be out of Santos’s plans.

The defence, meanwhile, are still heavily dependent on pantomime villain Pepe who is now 35 and playing in Turkey rather than at Real Madrid. The Brazilian-born player suffered a broken toe in March but is already back in action.

Rolando and Jose Fonte, also in their 30s, were all over the place as Portugal lost 3-0 to the Dutch in their last friendly.

Bruno Alves is also well into his 30s, leaving Luis Neto as the only central defender under 30 with international experience.

It would be wrong to write off Portugal, however. Ronaldo is as dangerous as ever — as he showed by blasting 15 goals in the qualifiers.

With players such as William Carvalho, Joao Moutinho and Bernardo, there is plenty of talent elsewhere in the squad and, under Santos, Portugal have made an art form out of grinding out 1-0 wins

It is also worth bearing in mind their formidable record –under Santos Portugal have lost only one out of 29 competitive internationals.