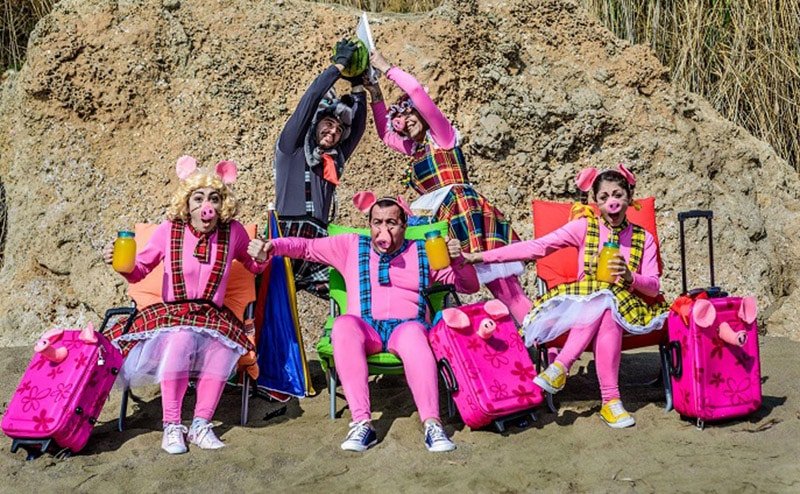 When it comes to kids’ theatre, a story never gets old, but sometimes it just needs a small tweak to invite new audiences to see something a little differently or give old audiences a new twist to look forward to.

This is what the Vestiario Children’s Theatre group has done with the classic story by the Brothers Grimm The Three Little Pigs. In this version, the name of the story has been changed to The Three Little Pigs and the Wolf Trala-likos the Cousin and it has been upgraded to involve humour, more theatrics, and more running around than ever.

After the success which the theatre group had with The Three Little Pigs and the Wolf Lilykos, they have taken the story one step further and now the three little pigs have to deal with Lilykos’ cousin. Again, the little pigs are determined to give the wolf a hard time. Whenever the wolf gets close enough to taste them, they are always able to slip away – despite the size of their tummies.

The kids can expect to see the pigs flying away on Pink Pig Airlines, with three bags full of adventure and laughter. So get your tickets ready, and make sure you are sitting comfortably for the lift-off to two performances this weekend in Paphos.