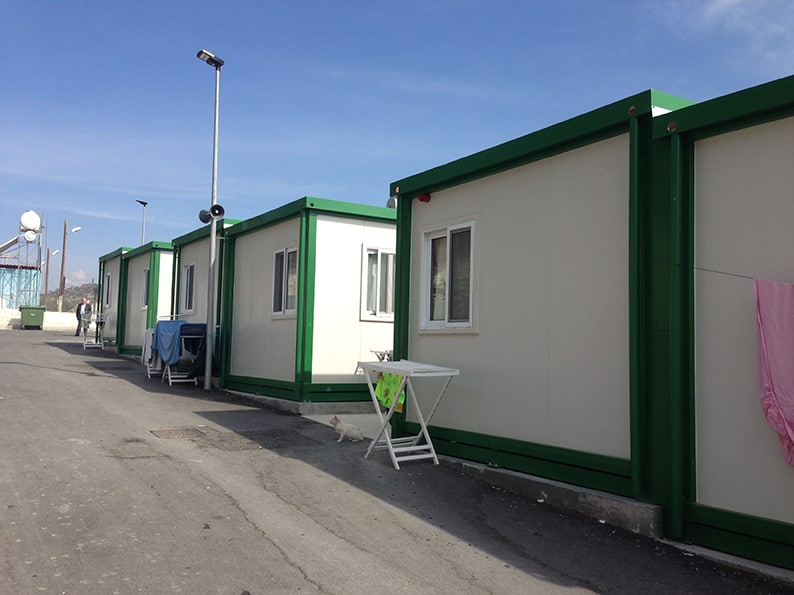 Housing is a major problem for asylum seekers in Cyprus, and some of them, even families with children, may remain homeless for some time, a study commissioned by UNHCR Cyprus and conducted by the University of Nicosia has shown.

The study was presented by Associate Professor of Social Work Stefanos Spaneas on Thursday.  According to the findings, the analysis of the Cypriot reception situation for asylum-seekers demonstrates that the material reception conditions and social welfare assistance have considerable limitations.

Lambert, a young refugee from Cameroon called on the government of Cyprus to support change the aspect of the living standard of refugees and  asylum-seekers in Cyprus. “I want to live a life where I will not be judged by my colour but I will be judged with what I do and what I give, he added.

An additional major difficulty identified by the study is the long waiting period before asylum-seekers are granted the right to work, as well as the employment sectors they were restricted to thereafter.

“The job opportunities are very limited for us,” Lambert, who is in his mid-20s said. “I left my country as a part-time teacher and the first job opportunity that they gave me here was to work in a cow farm,” he said. Language was also a big barrier for an asylum seeker, he added.

A member of the Caritas NGO Gosia Chrysanthou said, among others, that the accommodation of refugees is a top priority for them.  “We had a family with four children who lived on the street for three days and later on they were exploited financially. We`ve had cases of women who were given sofa space and had to sell their bodies to provide for this sofa space,” she said, adding that the amount of money asylum seekers receive for their rent (€100 for a person and €200 for a family per month) was not enough.

The study also found that the voucher system was problematic, time-consuming and inadequate, and that there was a lack of comprehensive personalised needs assessment. Also, there were constraints faced by asylum seekers on access to psycho-social support services.

The recommendations made in the study comprise a combination of measures to be further discussed and adopted by multiple stakeholders policy-makers from the central government, public services, civil society and the local authorities.

The results illustrated the need to develop strong multi-agency partnerships at strategic and operational levels, which would respond systematically to the interwoven and often complex needs of asylum-seekers. Guidance and appropriate resourcing is needed to facilitate asylum-seekers’ access to social care, housing and employment, based on established criteria for local residents, such as the cost of living and the poverty threshold, and by recognizing individuals’ rights and the increased vulnerability of those with particular health needs.

The study was carried out from October to December 2017. The questionnaire was administered to 600 participants; however, 511 participants fully completed the questions, and the remaining 89 participants withdrew from the process.

The qualitative aspect of the research included semi-structured interviews with three main groups of participants: professionals from related State agencies and ministries;  NGO professionals who are working in a wide spectrum of immigration issues, including with asylum-seekers and asylum-seekers living in and outside of the Reception Centre. In total, 77 interviews were held.

Asylum Service officer Laura Iacovides referred to the situation at the Kofinou Reception and Accommodation Centre, who is now full, noting the need to find solutions for the people to integrate and move out into society.

She acknowledged that asylum-seekers have difficulties in finding places to rent. As regards the applications for asylum submitted, she noted there is a big increase, adding that from the beginning of 2018 until Wednesday they had received 2,000 applications.
UNHCR Cyprus Public Information Officer Emilia Strovolidou said that UNHCR`s key consideration was that basic dignity and rights of asylum-seekers are protected in accordance with international law standards.