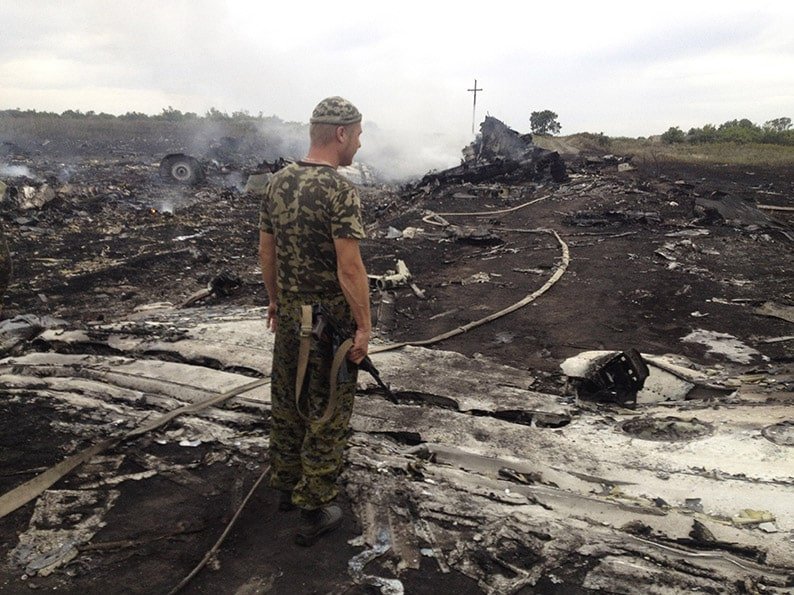 File photo: An armed pro-Russian separatist stands at a site of a Malaysia Airlines Boeing 777 plane crash in the settlement of Grabovo in the Donetsk region, July 17, 2014

A missile system from the 53rd anti-aircraft brigade of the Russian Armed Forces was used to shoot down Malaysia Airlines Flight 17 over eastern Ukraine in 2014, prosecutors investigating the disaster said on Thursday.

The airliner was hit by a Russian-made missile on July 17, 2014, with 298 people on board, two-thirds of them Dutch, over territory held by pro-Russian separatists. All aboard died.

“The buk (missile system) that was used came from the Russian army, the 53rd brigade,” Chief Dutch Prosecutor Fred Westerbeke told Reuters. “We know that was used, but the people in charge of this buk, we don’t know.”

Investigators appealed to the public to come forward and help identify members of the crew who operated the missile and determine how high up the chain of command the order originated.

“The Russian Federation didn’t help us in providing us the information we brought out into the open today,” Westerbeke said. “They didn’t give us this information, although a buk (missile system) from their military forces was used.”

Russia has denied involvement in the incident. There was no immediate comment from Moscow on the investigative development.

In an interim update on their investigation, prosecutors said they had trimmed their list of possible suspects from more than a hundred to several dozen.

He said investigators were not yet ready to identify individual suspects publicly or to issue indictments, but that when they do he expects cooperation, or a firm international political response.

Dutch Prime Minister Mark Rutte cut short a trip to India to return in time for a cabinet meeting on Friday to discuss the latest findings in the inquiry, the ANP news agency reported.

A Joint Investigation Team, drawn from Australia, Belgium, Malaysia, the Netherlands and Ukraine, is gathering evidence for a criminal prosecution in the downing of the plane.

Ukrainian Army General Vasyl Hrytsak, a member of the investigation team, told Reuters it would be crucial to pinpoint who issued the orders to move the missile system.

“The next crucially important step is to identify some members of the military in the 53rd brigade of the Armed Forces of (Russia)…who can directly say who was involved in the transfer or operation of the buk (missile system).”

The Dutch Safety Board concluded in an October 2015 report that the Boeing 777 was struck by a Russian-made Buk missile.

Dutch prosecutors said in September 2016 that 100 “persons of interest” had been identified in the investigation, while Australian and Malaysian officials had initially expressed hope that suspects’ names would be made public in 2017.

Eventual suspects are likely to be tried in absentia in the Netherlands after Russia used its veto to block a U.N. Security Council resolution seeking to create an international tribunal to oversee criminal complaints stemming from the incident.