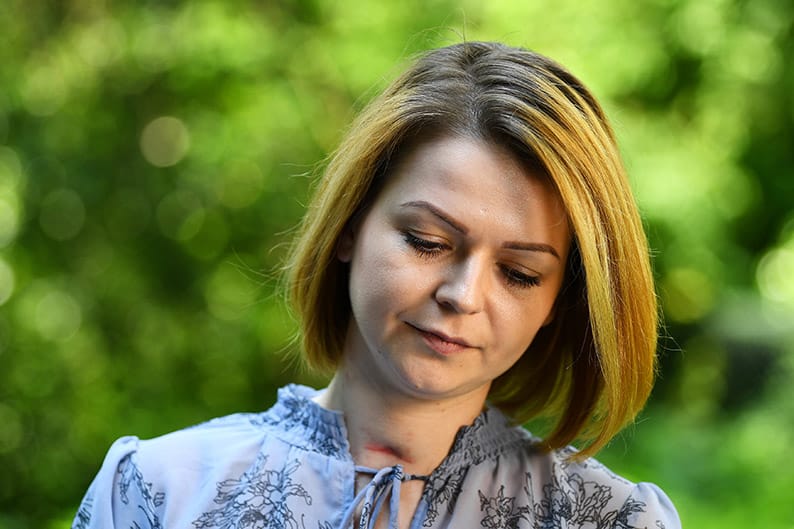 Yulia Skripal, who was poisoned in Salisbury along with her father, Russian spy Sergei Skripal, speaks to Reuters in London

The Kremlin said on Thursday it was sceptical about Yulia Skripal’s first media appearance since she and her father Sergei were poisoned by a nerve agent in England, saying it was unclear if she had been talking of her own free will.

Skripal, who survived the March attack that Britain blames on Russia, told Reuters on Wednesday that she wanted to return to her country one day and felt lucky to be alive.

Russia denies any involvement, saying it has been falsely accused in order to whip up anti-Russian sentiment in the West.

“We have no grounds to trust this and to believe in it,” Kremlin spokesman Dmitry Peskov told reporters on a conference call on Thursday when asked about Yulia Skripal’s statement.

“Overall, considering we are talking about a fairly unprecedented international provocation against Russia that was unleashed by Britain and London, we maintain our distrust and have every reason to do so,” said Peskov.

Russia has repeatedly demanded consular access to Yulia Skripal, saying international law gives it the right to talk to its own nationals. It has also spoken of fears that she and her father are being held against their will.

After her televised statement, Peskov said many unanswered questions remained.

“We still don’t know what condition Yulia Skripal is in,” said Peskov.

“We don’t know if she made these statements of her own free will or if she was pressured, we don’t where she is … and what is being done to her and by whom, to what extent her rights are being upheld, and how legally competent she is,” said Peskov.

Yulia Skripal said on Wednesday she was grateful for the Russian embassy’s offers of help, but did not want to avail herself of them.

Speaking to Reuters at a secret location in London, she spoke in Russian and supplied a statement that she said she had written herself in both Russian and English.

She signed both documents after making her statement, but declined to answer questions after speaking to camera.

“Yulia seemed determined, but lost,” Komsomolskaya Pravda, a pro-Kremlin tabloid quoted a psychologist as saying. “She was called to the blackboard like a schoolgirl who had learned a poem off by heart and had to recite it without stumbling.”

Viktoria Skripal, Yulia’s cousin, told Reuters she was happy to see her cousin was safe.

“I will now be asking the international community to abide by Yulia’s will. If she wants to come back to Russia then let her.”

Inundated with messages asking you ‘stay in touch’? Here’s why