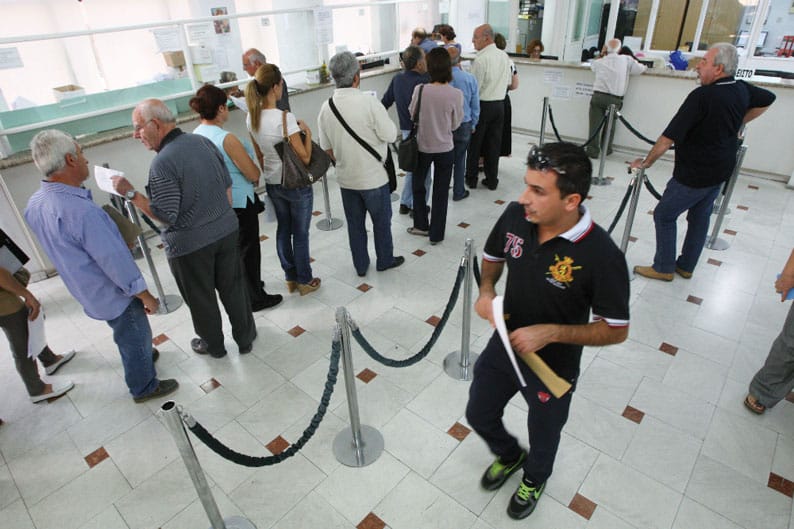 OVER the last 20 years we have heard every president of the republic publicly complain at some during their term about the way the state bureaucracy delays public projects, discourages foreign investment and stifles growth. This is an ongoing presidential gripe which proves that, despite the incessant moaning, nobody has dared tackle the stifling effect by state bureaucrats on economic growth.

President Anastasiades’ outburst in Limassol on Tuesday indicates that he also failed to address the problem in his first term. He had gone to Limassol to monitor the progress made in development and infrastructure projects he announced for the district during the presidential election campaign. He met the Limassol mayor, representatives of local authorities and district officials and found that only small projects were completed – 18 totalling €3.71 million. Another 30, costing €41 million were still in progress.

He said such meetings were necessary, “because we all find it unsettling that the state suffers from a bureaucratic structure with multiple disparities or overlaps of power, resulting in delays even in projects whose implementation has been approved or announced.” The president also made the promise all his predecessors had made and failed to keep. He said the government was determined to bring about real, meaningful and decisive reforms to reduce bureaucracy and modernise the state.

We have been hearing such declarations for decades but have yet to see any result. Is this because presidents do not have the stomach for confronting state bureaucrats to reform the system? Another explanation is that no president really knows how the system could be effectively reformed, made more efficient and offer a good service, which is why they restrict themselves to talking about the problem. If they consult a senior civil servant, he or she would find 10 reasons for not going ahead with any reform because this is the culture of the Cyprus civil service. How does this negative culture change?

Like our presidents, we do not know the answer. What we do know is that if the government encounters major bureaucratic obstacles when preparing public projects, it is 10 times more difficult for private companies seeking approvals and licences from the state. Everyone is aware of the way our bureaucracy drives away foreign businesses even though state policy is supposedly centred on attracting foreign investment. This is another issue that Anastasiades has promised to tackle but so far nothing has been achieved.

Over 70 per cent of rubbish still dumped in landfills