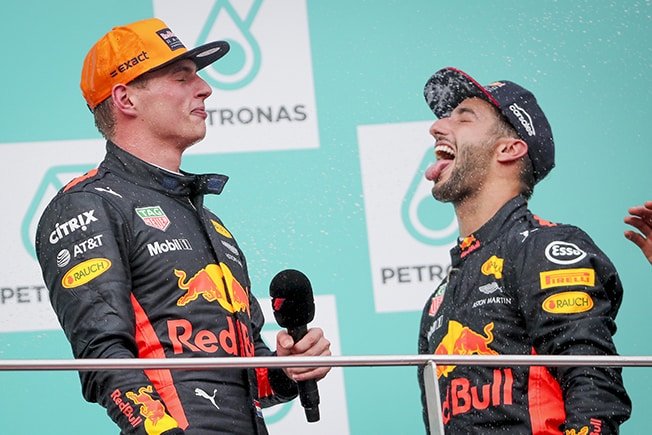 Former champions Red Bull can scoop the jackpot in Monaco this weekend as they celebrate the team’s 250th Formula One race start.

The most glamorous grand prix on the calendar, with its historic track winding past the 19th century casino and along the harbourside, could favour Max Verstappen and Daniel Ricciardo.

“We don’t head into the weekend as favourites — they are Red Bull and Ferrari,” Mercedes team boss Toto Wolff warned ahead of the sport’s showcase event.

“Red Bull are strong in the slow-speed corners and where straight line speed is less important, while Ferrari dominated last year.”

But the Briton’s hopes of three wins in a row, after Azerbaijan and Spain, could be dented by rivals who — on past form and circuit characteristics — can be expected to come back strong.

Vettel could do with a boost after winning the first two races and then failing to make it onto the podium in the last three.

“Going to Monaco I’m fairly optimistic, I don’t see why we shouldn’t be in a good shape,” the German told reporters after Barcelona.

“But then you need to see when you get there. The tyres are different, also significantly softer and the track is unique. So we’ll see. Hopefully it’s a nice surprise,” added the four times world champion.

Australian Ricciardo, who finished third in the Mediterranean principality last year and was on pole position in 2016, has every reason to feel as bullish as the branding on his overalls.

“Coming so close has made that fire even greater,” added the Australian, who finished runner-up behind Hamilton in Monaco two years ago.

“That’s a big one on my list which I want to tick off. Even if I retire from F1 one day without winning it, I’ll probably keep coming back for one race a year just to try and make it happen,” he joked.

Should Verstappen, who finished third in Barcelona, qualify on pole then the Dutch 20-year-old would replace Vettel as the youngest ever to achieve the feat.

“It was great to be back on the podium in Barcelona and our car was very strong in the last sector there, which is mainly low speed corners and what we need for Monaco,” commented Verstappen.

“Monaco also doesn’t have any long straights, so I think it should be a good circuit for us.”

The race could also be good for Sauber’s Charles Leclerc, who will be the first Monegasque driver to race in front of his home crowd since Olivier Beretta in 1994 — three years before the 20-year-old was born.

“I have dreamt of being part of this event ever since I was a child and it is incredible for this dream to finally come true,” said Leclerc, who will be hoping to score points for the third race in a row.

Turkish national and accomplice remanded for five days in Paphos