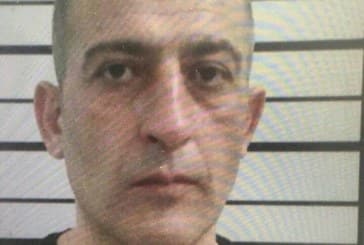 A Turkish national who escaped prison in the north on May 1, but was arrested on Wednesday in Paphos, was remanded by the court for five days on Thursday, along with a childhood Turkish Cypriot friend who provided him shelter.

Yilmaz Gumus, 45 had been sentenced to 16 years in prison by a British court in 2005 for setting an apartment in London on fire two years earlier, intended for his girlfriend whom he suspected was having an affair.

The woman no longer lived there but three people died as a result.

According to Paphos police investigator Nicolas Himonas, Gumus served six years of his sentence in Britain and asked to serve the remainder of his time in Turkey.

After his transfer, he served five years in prison and two in an open prison.

In 2015, he escaped to the north where he lived for the past three years.

On May 1, ‘authorities’ in the north arrested Gumus however he cited health problems and was taken to Kyrenia hospital from where he escaped on May 8.

In his statements to police, Gumus said he crossed to the government-controlled areas through Pyla and a Turkish Cypriot friend of his picked him up from Larnaca.

The man took him to a flat in Peyia where he’s been staying.

Police arrested both on Wednesday, finding a small quantity of cannabis, around €5,000 in cash and forged documents.

The two had been childhood friends in the north but lost touch for a long period of time after Gumus’ family moved to London.

Court remanded both for five days. They face charges of conspiring to commit a crime, and forgery.

Defence is a big question mark but France have the firepower