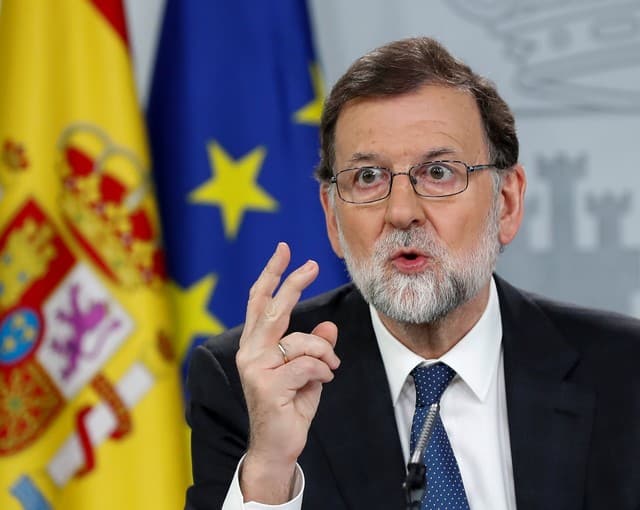 Spain’s Prime Minister Mariano Rajoy was threatened with no-confidence motions and demands for a snap election on Friday over a graft trial involving members of his party in which a judge cast doubt on his testimony.

Rajoy said he would fight off a no-confidence vote and serve his four-year term, and ruled out calling an early election.

The opposition Socialists presented their no-confidence motion to parliament while Rajoy‘s former allies, Ciudadanos, issued him with an ultimatum: call an election or face their own second motion of no confidence.

It was not clear whether the two parties would team up to topple the conservative Rajoy‘s minority government. To succeed, the two parties would need to agree on a joint candidate to replace him and on questions such as calling a snap election. They would also need the backing of leftist party Podemos.

Rajoy had already been under fire for his handling of the secession crisis in Catalonia, with many voters turning away from his People’s Party (PP) to the centre-right Ciudadanos.

Twenty-nine people related to the PP, including a former treasurer and other senior members, were convicted on Thursday of offences including falsifying accounts, influence-peddling and tax crimes. They were sentenced to a combined 351 years behind bars.

The case, which relates to the use of a slush fund by the Conservatives in the 1990s and early 2000s to illegally finance campaigns, has plagued Rajoy since he came to power in 2011. He has always denied wrongdoing.

Rajoy became the first sitting prime minister in Spain to give evidence in a trial when he was called as a witness in the case last year, prompting calls for him to resign.

In his ruling, the judge said there was evidence the party ran a slush fund for many years and that the credibility of Rajoy‘s testimony denying it “should be questioned”.

“(His) testimony does not appear as plausible enough to refute the strong evidence showing the existence of a slush fund in the party,” the judge said.

Ciudadanos, which helped the PP pass this year’s budget bill as recently as Wednesday, said the graft trial was a tipping point.

“The corruption sentence received by the government has called the end of the current term of office. We need a clean and strong government that can face the secessionist challenge,” Ciudadanos leader Albert Rivera said on Twitter.

Rajoy said his party would appeal the ruling and dismissed the judge’s criticisms.