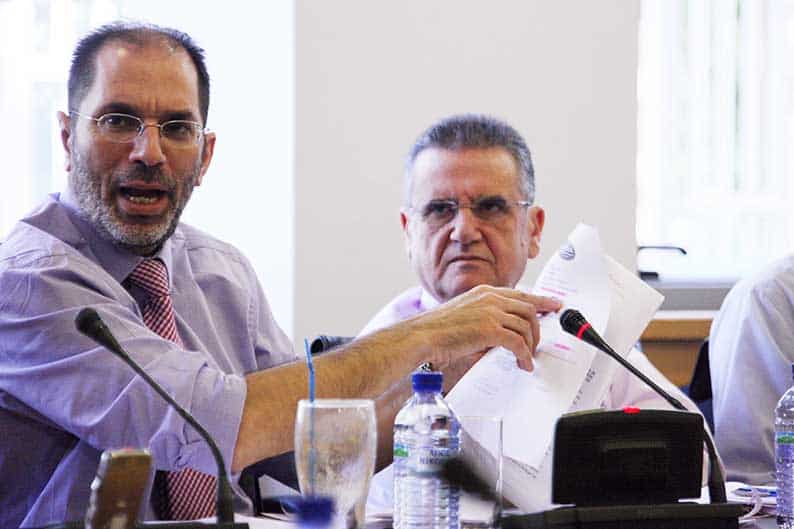 Over the past week or so, a public row has broken out between the Law Commissioner Leda Koursoumba and the Auditor-General Odysseas Michaelides over the preparation of over 270 laws for the smooth operation of the federal government if ever agreement is reached for the establishment of a United Cyprus Federation. This poses a threat to a Cyprus settlement because it is essential that these laws are all agreed between the Greek and Turkish Cypriot representatives in the UN-sponsored Cyprus talks.

What the spat over the costs of the work has done is to highlight that the whole legal structure of the country needs to be put in place. This is a massive task because it involves the whole structure of government including federal, constituent state, and local government, as well as cooperation between the various government levels.

For example, the following legal instruments have to be put in place:

In 2004 the Annan plan included mention of more than 130 federal laws alone, involving thousands of pages. The bicommunal law committee had examined every page, and there was an understanding of the needs of both sides which resulted in a very high level of agreement on all the texts.

Today after 14 years of EU membership, it is said that there are hundreds of federal laws that have to be agreed, and adjusted to conform with the new constitutional arrangements, and to European Union law.

Leda Koursoumba was appointed to undertake this task because she did it all before in 2003 and 2004 in her capacity as head of the EU section of the attorney-general’s office. Koursoumba undertook the task with about 30 lawyers attached to her section. In view of the limited experience of Turkish Cypriot lawyers regarding EU law, it was more practical to for the attorney-general’s office to prepare the draft laws and for each law to be examined by a law committee consisting of the UN representatives, an EU law officer as advisor and the Greek and Turkish Cypriot delegations.

At present, the whole task of putting the legal structure in place for a united Cyprus is much greater than it was in 2003/4, and yet it is reported that only five experienced and well-qualified lawyers have been employed to do the job. It would seem to me that rather than there having been a waste of funds the reported preparation of 272 bills consisting of 9,000 pages under such circumstances has probably saved a lot of money rather than caused unnecessary costs.

Both the law commissioner and the auditor-general are tough characters and often get into spats with one authority or another, but the task of preparing for a federal Cyprus is enormous, and these two strong characters should sit down together and work out how it can all be done in reasonable time.

It must be stressed, however, that all this work is nothing in comparison to what the Turkish Cypriot community has to do to adjust to the both EU law and to EU standards. If we are serious about preparing for a united Cyprus, work on this should be undertaken by the Turkish Cypriot community with assistance from the Greek Cypriots who have experience in adjusting to the EU norms.

Many readers might ask that as there are no Cyprus talks going on at the moment, what is all the fuss about? Prospects for a settlement do not look good, but it is expected that UN talks will start again after the Turkish elections, and it is likely that there will be a timetable for a successful completion.

In my view, a settlement can be reached within a year if organised properly (an unlikely scenario). This would leave little time to get the laws in place, particularly since Turkish Cypriots consider that more than five years are required for them to adjust to EU law.

Greek songs for the soul: the 12 best

The ifs and buts of non-linear global warning