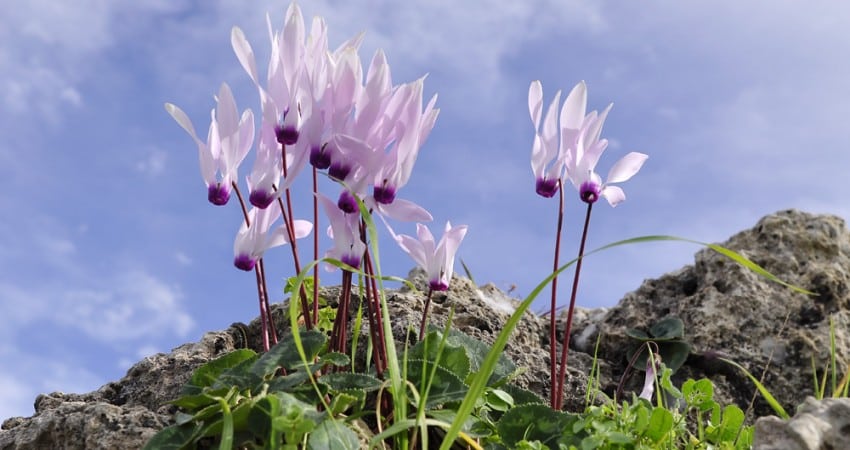 Cyprus’ national flower has recently been seen by millions, though they were almost certainly not aware of it.

The Cyclamen Cyprium or Cyprus Cyclamen was one of the 53 national flowers of Commonwealth countries hand-embroidered on the five-metre-long silk tulle wedding veil of American actress Meghan Markle’s at her marriage to Britain’s Prince Harry last week.

The Cyclamen Cyprium was declared Cyprus’ national plant together with the golden oak tree as its national tree on February 1, 2006.

The delicate flower was chosen from 140 endemic plants because of its beauty.

“It is a pinky-red colour and is beautiful to look at but doesn’t grow to more than three to four inches in height. It flowers during the autumn,” says plant expert Alexander McCowan.

It can be found in the lower mountains and along the coastline of Cyprus.

The Council of Ministers made the decision after the forestry department proposed the idea to the agriculture ministry.

At the time, different international institutions had inquired as to the names of Cyprus’ national plant and tree, and a decision had to be made.

The cyclamen was chosen for its rarity and beauty and the golden oak for its high ecological value as it protects the soil and forms the undergrowth of much of the local pine forests.

The plant has since been depicted on postage stamps.

It was reportedly Markle’s special wish to have the countries with her during the wedding, and British designer Waight Keller suggested a veil with a floral composition made of the distinctive flora of each Commonwealth country.

The gesture was an acknowledgement of the work she and her husband intend to carry out as members of the royal family across the Commonwealth nations. Queen Elizabeth recently appointed Prince Harry as Commonwealth Youth Ambassador.