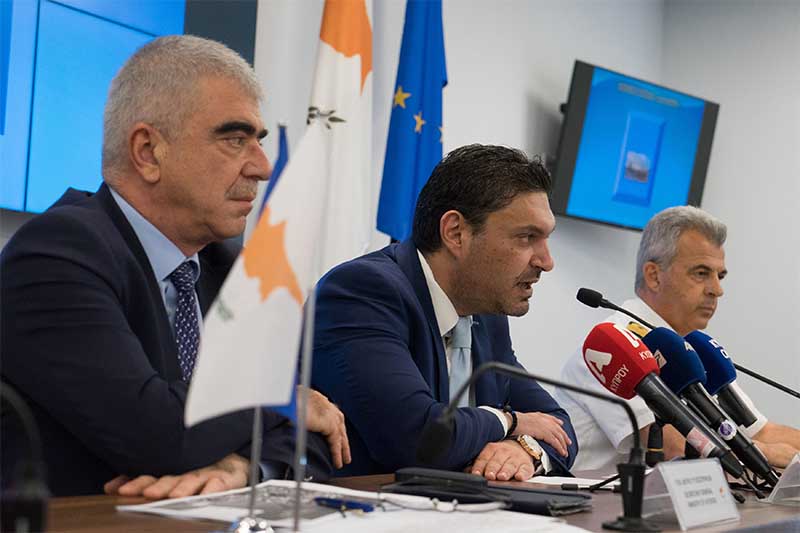 Interior Minister Constantinos Petrides on Tuesday unveiled a national beach safety plan, the first comprehensive scheme of its kind, that will be rolled out this summer.

Petrides acknowledged the lifeguards’ work every year but said there were also weaknesses in the current system that had to be resolved, as Cypriot beaches hosted over 15m visitors each year.

The most pronounced weaknesses were the absence of a comprehensive plan that covered organised beaches, a plethora of laws and cabinet decisions, and fragmentation of authority including concession of powers to various committees that issued orders and decisions without coordination.

The plan, the minister said, approached beach safety in a holistic and scientific manner and was drafted taking into account the best practices in other countries.

Included in the scheme are 85 organised beaches, which will get their own lifeguard towers based on international standards. It also provides for assignment of lifeguards, patrol timetables, jurisdiction of search and rescue craft, and a detailed table for equipment that each tower must have.

A two-man tower will cover an area of 250 metres from 7am until 7pm, depending on the traffic.
Paphos will have 123 lifeguards, Limassol, 78 and Larnaca 64. In Famagusta, the municipalities of Paralimni, Sotira and Ayia Napa, will fully cover their beaches and will enter the scheme as a district.

The plan details the necessary qualifications for lifeguards, their responsibilities, powers and rights, the new timetable, peak periods and coverage of the two airports in Larnaca and Paphos.

To make implementation possible, in March the cabinet approved the recruitment of 265 lifeguards on short-term contracts to achieve effective coverage of the beaches and use of resources depending on time of year.

The decision replaces the current practice of employing 164 seasonal lifeguards on 11-month contracts.

The scheme will afford better coverage of the airports since 36 lifeguards will have them as their base and could also respond in case of an air accident on top of patrolling the neighbouring beaches.

The chief of the joint rescue coordination centre commodore Constantinos Fytiris, whose outfit contributed to the drafting of the plan, said towers will be able to communicate with each other through an island-wide communication network. They will be supplied with all the necessary equipment, and motorised craft will be redistributed.

Private citizens who own boats and jet-skis have also volunteered to take part.

New mum Serena back in the Grand Slam groove in Paris