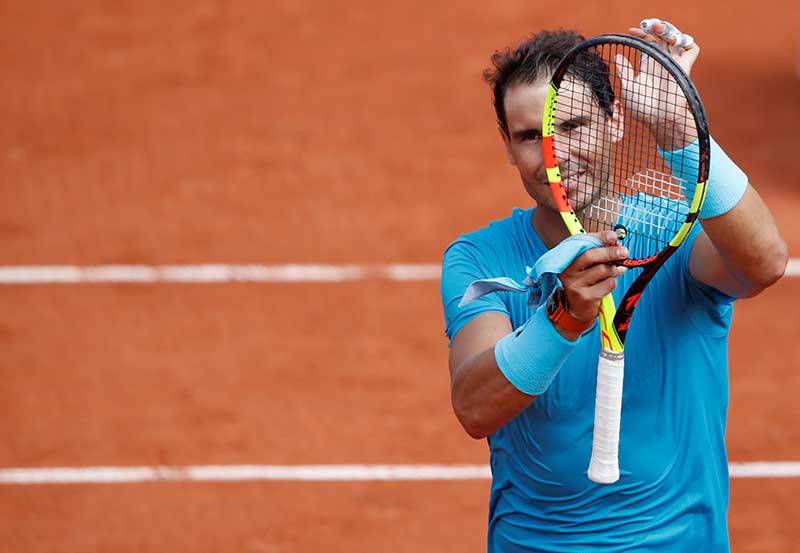 FORMER world number one Serena Williams made a triumphant return to Grand Slam tennis, defeating Czech Kristyna Pliskova 7-6(4) 6-4 in the first round of the French Open on Tuesday.

Williams recovered from 3-0 down in the tiebreak to claim an intense opening set before converting three break points in the second to seal the victory.

The 36-year-old American was competing in her first major since lifting her 23rd Grand Slam title at the 2017 Australian Open, having given birth to her daughter last September.

“Two years has been a really long time since my last match on clay but I feel good,” Williams said. “I trained hard. I’m just happy to have a won match here. I take it one day at a time.”

Williams will next face Australia’s Ashleigh Barty, seeded 17th, in the second round.

In the men’s draw, defending champion and top seed Rafa Nadal began his campaign with a rain-delayed 6-4 6-3 7-6(9) victory over Italian Simone Bolelli.

Resuming 3-0 down in the third set, the Spaniard roared back to force a tiebreak before wrapping up the win in damp conditions.

Play was suspended due to an incoming storm, with Frenchman Jeremy Chardy leading 7-6(5) 7-6(8) 1-1 against Czech Tomas Berdych on Court Philippe-Chatrier.

Women’s top seed Simona Halep will have to wait for another day to get on court after her first round match against American Alison Riske was postponed on Tuesday.

The rain delays over the last two days have resulted in several first round matches being rescheduled at Roland Garros.

Cilic has urged for more clarity between the officials and the players to decide when the play can be paused in rainy conditions at Roland Garros.

“Just needs maybe a little bit more communication between, you know, the umpires or supervisors for the players,” Cilic said.

“The difficult thing is that the balls are getting wet constantly, even though not necessarily from the court but when they go hit the fence or, you know, the covers are behind the court, they are constantly wet. It’s not easy.”

“The court was getting pretty heavy, but the balls especially, they were getting really fluffy and heavy,” he told reporters.

“But, you know, at the same time I felt like I played really well… really tried to dictate the first couple of games when they came out.”

British number one Kyle Edmund booked a place in the second round with a 6-2 6-4 6-3 victory over Australian’s Alex de Minaur.

Refugees’ loss of property use to be reassessed