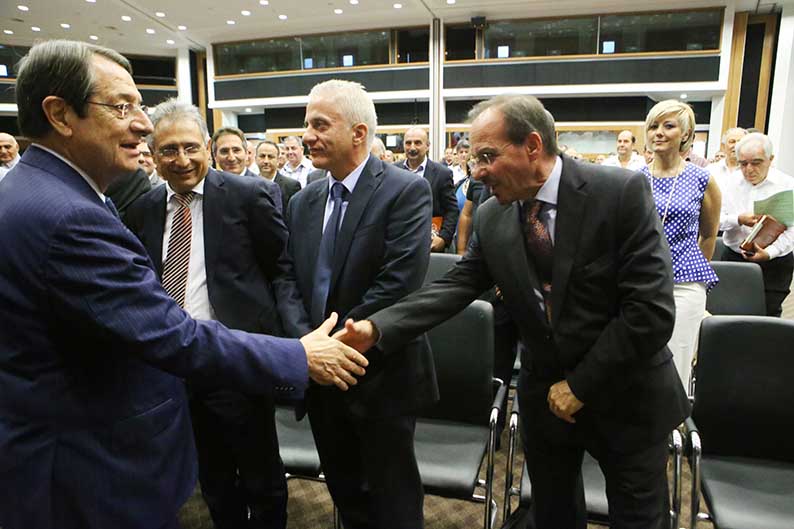 President Nicos Anastasiades on Wednesday sent twin messages to public servants, saying on the one hand that reforms and meritocracy were badly needed, and on the other, heaping praise on them for their “sacrifices” during the financial crisis.

Addressing the annual congress of public service union Pasydy in Nicosia, Anastasiades said it would be an “unforgivable mistake” if he failed to mention the sacrifices of Pasydy members or if he failed to “sincerely thank” them and the union itself for standing up for their rights.

“We may have a different starting point, but we have the same goals,” he said, referring to his desire that the relationship between the government and unions be non-confrontational.

He reminded them that the government had, since the crisis waned, returned their lost benefits, the cost of living allowance (Cola) and had unfrozen promotions in the public sector.

“Of course, this cooperation should be based on reciprocity,” he added, passing on his second message, which essentially called for an end to the public sector being used as a political-party fiefdom.

“I think it is unthinkable that a modern public service should not apply a reliable system of evaluation,” he said, referring to the lack of meritocracy.

“I consider it inconceivable to have a recruitment and promotion system not governed by transparent, meritocratic and objective criteria which becomes vulnerable to political interference,” he added. “We want to abolish the party state, the one that has caused the public to have only disdain for the country’s politicians.”

He said he had no doubt that all political parties too would rather feel that civil servants were motivated by a desire to serve, because in this way they would receive the equivalent meritocratic rewards.

After intensive consultations with all stakeholders, he said, the government had submitted to parliament by August 2015 a series of bills which would put a definitive end to the client state and introduce changes that reward value and increase the productivity and efficiency in the public service.

Based on four pillars, the reforms focus on radical changes in the promotions system, the mobility of public servants across the sector to cut down on them developing long-term relationships that could leave them open to being bribed. The third pillar concerns the abolition of overlapping services, and the fourth is based on cutting the state payroll in such a way that the neither the taxpayer nor public service employees lose out, he said.

Anastasiades also made mention of the implementation of the national health scheme Gesy, saying the government was determined to implement to the letter what has already been agreed for the autonomy of public hospitals.

“I hope you all realise that the contribution of everyone is essential,” he said, adding that he planned to convene a meeting within days at the presidential palace with all stakeholders to come up with a timetable for Gesy to be implemented by July 2019.