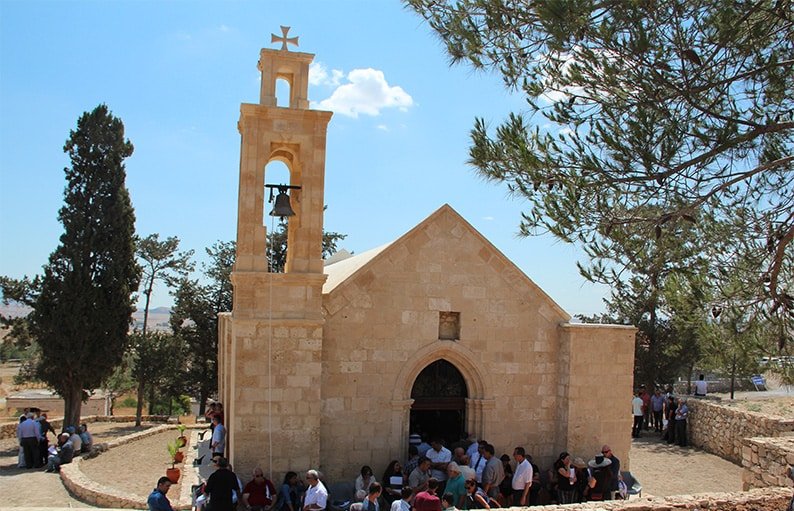 The latest US State Department report on international religious freedom lists a number of areas where authorities on both sides restrict freedoms in this area.

The report, said the Cyprus government granted Turkish Cypriots access to religious sites in the area it controls, including for visits by approximately 2,650 Turkish Cypriots and foreign nationals to Hala Sultan Tekke Mosque on three occasions and that seven of the eight functioning mosques, with the exception of Hala Sultan Tekke, in the government-controlled area were open for all five daily prayers, and six had the necessary facilities for ablutions.

However it added: “Despite long-standing requests, the government did not grant permission to the Muslim community to make improvements at mosques,” it says.

It also said a representative of the Buddhist community reported that authorities raised obstacles to the operation of a temple in a village outside of Nicosia and forced the community to relocate the temple, while in July the government removed a requirement to designate a person’s religion on civil marriage applications and certificates.

The ombudsman’s office also reported it was investigating new complaints regarding ministry of education  regulations for exempting students from religious instruction. “The government required those who objected to military service on religious grounds to perform alternate service for longer periods”.

It also says that the Jewish community reported incidents of assault, verbal harassment, and vandalism and that some religious minority groups reported pressure to engage in religious ceremonies of majority groups.
Members of the Greek Orthodox majority also  reported they sometimes faced social ostracism from the Greek Orthodox community if they converted to another religion, such as Islam, while a hotel reportedly refused to hire Muslim women for a cleaning job because they wore a hijab.

In the north, the report said, Turkish Cypriot authorities continued to restrict access to religious sites.

UNFICYP had reported that of 112 requests it received to facilitate religious services at churches in the northern part of the island during the year, the north’s “ministry of foreign affairs” approved approximately 67. The ‘ministry’ reported that, of 133 total requests (including both UNFICYP-facilitated and non-UNFICYP-facilitated requests) to hold religious services during the year, it approved 83″.

“Alevi Muslims said they lacked places to worship and funding to construct them and that authorities treated them and other religious minorities unequally,” the report added. In May the ‘ombudsman’ stated the ‘ministry of education’ was violating freedom of religion by imposing mandatory religion courses based on Sunni Islam at schools, without presenting alternatives to non-Sunnis. Some minority religious groups continued to report police surveillance and restrictions of their activities”.

It further said that “the Turkish-Speaking Protestant Association (TSPA) continued to report societal discrimination toward Protestants, and some minority religious groups said Turkish Cypriots who converted to other faiths, particularly Christianity, faced criticism.