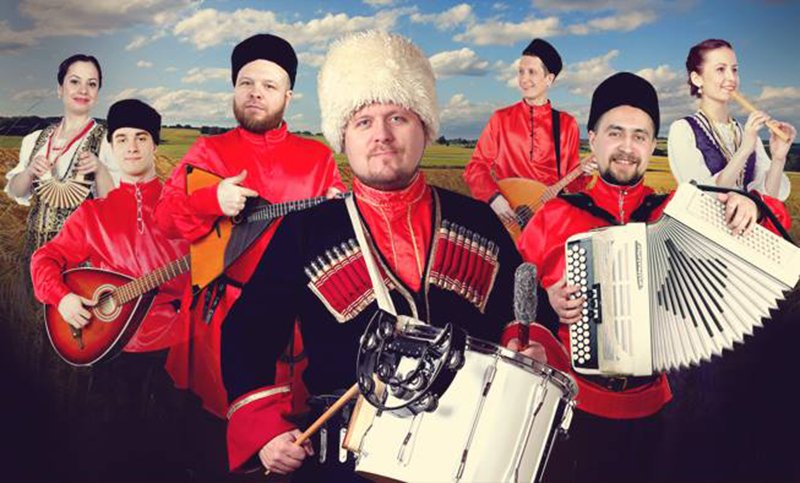 Limassol has become the most multicultural city on the island. With so many cultures rubbing shoulders, it is only natural that they will share rituals and traditions with each other, and this weekend Cyprus and Russia will come together during the XIII Cyprus-Russian Festival.

This festival, which is dedicated to friendship with Russia, will welcome over 1,300 professional and amateur singers and dancers from both countries on three concert stages as well an array of events for children and adults over the weekend.

Festival goers may be used to more activities than they can handle and a wide range of live acts to choose from, but this year there will also be food and drinks because for the first time the festival will also include a food court where DJs from Russian Wave Radio will put on a back beat for the outdoor dining experience.

Live performances will include Julia Volkova on Saturday at 8.30pm and Alexey Potekhin at 9pm on the main stage. Yan Dzamilovich will perform on the small stage at 9pm and the main stage will be rocked at 10pm by the local band Minus One.

Volkova is a Russian singer, recording artist and actress best known for being a member in the Russian girl group t.A.T.u. The group’s first single ‘All the Things She Said’ topped the charts in countries including Australia, Austria, Denmark, Italy, Japan and the United Kingdom. Her debut worldwide single as a solo artist titled ‘Didn’t Wanna Do It’ was released in 2012.

Potekhin is a former member of the popular 90s group Hands Up. After leaving the band, he toured Russia with his own band and began to write music for other artists.

Dzamilovich performs songs that he writes together with a team of co-authors from Russia and Ukraine. The musician found fame last year with the release of his Ice video, which gained great popularity on social networks. His new summer hit, ‘The Sea’, is the one to look forward to on Saturday.

Saturday will end with a musical bang when Minus One will once again show that they are the best English cover band on the island. After the end of the performance, the day will close with fireworks.

Kings is a pop, dance and R’n’B band from Athens that has been helping us party since 2012 with their first single ‘Gia Mia Fora’ (For One Time).

Zervou, from Limassol, started singing and winning prizes for her vocal abilities from an early age. She is a well-known name in Limassol, where she performs at different venues. She is currently preparing to record her first album.

Other than the live performances, there will be entertainment for kids and adults including carousels, trampolines and a planetarium. There will also be a photoshoot area where you can take a shot to remember all the fun you have had. Russian and Cypriot art will be exhibited at the South-West Alley and the activities just get bigger with a motorcycle parade starting from the central stage on Saturday at 4pm and a shooting competition at the same time and place. Stick around because at 4.30pm you can see how entertaining parrots really can be during a parrot show.

Sunday’s highlights include a parade of fairy-tale heroes at 10am and a soap bubble show at 10.30am at the central square and at 4.30pm on the main stage.

The festival will end with a Russian Wave Disco party from 10pm until 11pm.