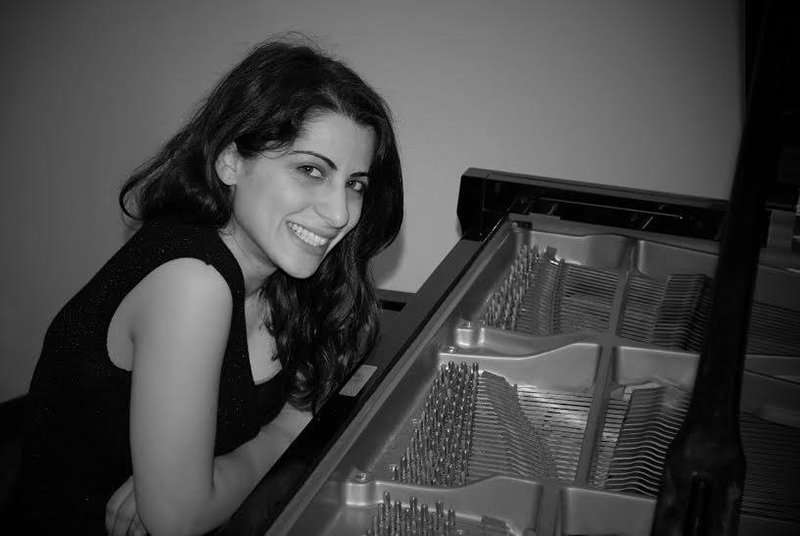 Other than inviting us to travel through 500 years of Cyprus wine history, the Cyprus Wine Museum in Limassol also invites us on occasion to concerts that give the history of wine even more spirit.

When the Commandaria Orchestra is not presenting its rich repertoire of chamber and symphonic music at the museum, the floor is often given to other artists who also add to our rich culture. The first guest of the month, who will contribute to the fifth season of the Commandaria Orchestra and Friends Chamber Music Concert series, will be pianist Stavroula Thoma, who will perform under the title In the Light of the Moon tomorrow night.

Thoma, who is a UK based Cypriot concert pianist, will perform composed pieces by Muzio Filippo Vincenzo Saverio Clementi, Franz Liszt and Manos Hatzidakis. These pieces are under the name Nocturne, which is a musical composition that is inspired by the night. Each piece will be performed with its own unique and individual style.

Clementi composed a Fantasia and variations based on the French folk song Au Clair de la Lune (In the light of the moon). The moonlight’s evocation is perfectly conveyed in the opening of this piece. Adding an almost sacred character to this music collection will be Liszt’s Benedection de Dieu dans la Solitutute (The Blessing of God in Solitude). The evening will also include the Nocturne song from Hatzidakis’ suite For a White Seashell, which presents his native Greek folk origin in a musical journey that takes the listener to an imaginatively singing and dancing mood.

At the age of 11 years old, Thoma won the second prize in the Evaggelia Tziarri International Piano competition. During her undergraduate studies at Royal Holloway University of London, the pianist was a scholar of Georgiou and Maria Tirimou’s foundation. She was awarded the Marjorie Hazlehurst Piano award and was also a Joseph Weingarten scholar at the Liszt Academy of Music from 2012 to 2014.

Thoma, who has performed across Europe, gave her concerto debut in May 2014 with the Cyprus Symphony Orchestra as part of the CYSO ‘Young Soloists First Step’ series and performed the Bach D minor Piano Concerto with conductor Roland Melia. In December of the same year, the pianist also performed the Mozart D minor Concerto with Birmingham Conservatoire Repertoire Orchestra and conductor Daniele Rosina.

Her collaboration with the Hope for Children organisation has resulted in a series of solo charity concerts in Hungary and the UK, with a repertoire inspired by childhood, including pieces by Clementi, Schumann, Bartok and Debussy. She also enjoys playing chamber music. She was a member of the Satori Trio (together with Ami Lodge and Nicola Tagoe from 2006 to 2009) and was coached by the Barbican Trio. She has also performed in recitals with violinists, Angeliki Casdas, Peter Foskolos and Maria Oguren and was coached by internationally renowned chamber musicians such us Christopher Richter, Nathaniel Vallois and Oliver Wille.

She has been a Concordia Foundation Piano Artist since 2016 for which she performed solo recitals at St James’ Piccadilly Church and Macmillan Cancer centre in London.

Her first CD recording, Folk-Inspired Piano Music, can be bought on http://www.stavroulathoma.com/store/c1/Featured_Products.html.

Almost one third of Cypriots smoke