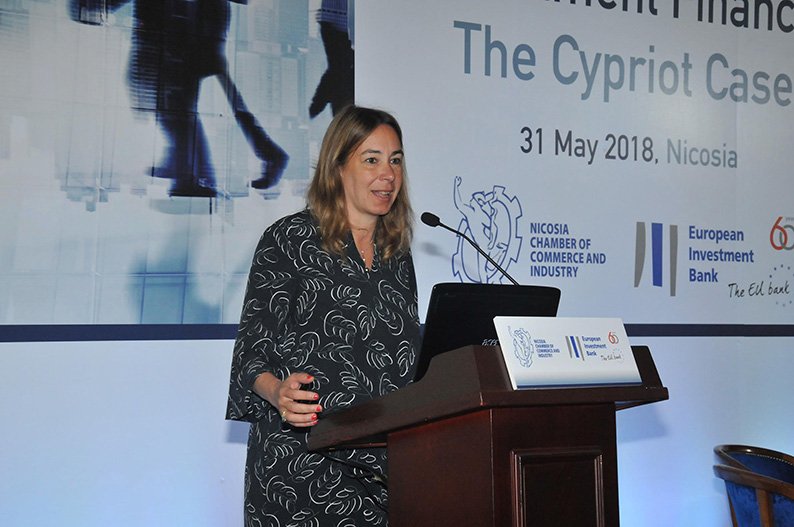 Uncertainty, energy costs, regulation, skills, and access to finance are the major impediments for future investments in Cyprus according to a European Investment Bank (EIB) survey on investment and investment finance for Cyprus in 2017.

The survey was presented on Thursday by EIB Director of Economics Debora Revoltella, during an economic conference in Nicosia, organized by the EIB in cooperation with the Nicosia Chamber of Commerce and Industry.

Around nine in 10 firms in Cyprus consider uncertainty about the future, 90 per cent, and energy costs, 89 per cent, to be obstacles to investment activities.

Business regulations and the availability of skilled staff were mentioned as barriers to investment by around seven in ten firms on average, and specifically by around nine in 10 firms in the services sector.

While the overall pattern of results is similar to the EU, some of the investment obstacles are reported more often by firms in Cyprus. These include energy costs, availability of finance and uncertainty about the future.

The survey also showed that investment activity recovered in Cyprus during 2017, but investment levels were still below the pre-crisis levels.

Regarding the areas of public investment that are a necessary priority over the next three years, four in 10 firms in Cyprus, or 38 per cent, cited healthcare infrastructure.

That figure was above the levels reported in any other EU country, and more than four times higher than the EU average of 8 per cent.

According to the findings, the highest proportion of firms expecting to increase their investment in the current financial year is in the services sector.

Investment outlook is still positive with no investment contraction expected in 2017.

From the six investment areas included in the survey, the biggest investment in Cyprus is in machinery and equipment ay 39 per cent, followed by land, commercial buildings and infrastructure, at 22 per cent, and software, data and IT at 16 per cent. This pattern is broadly similar to the last survey’s wave as well as to the EU-wide findings.

Similar to the findings of the previous survey, the services sector has by far the highest share of firms investing in land, business buildings and infrastructure, 34 per cent.

Innovation in Cyprus is mostly at the local level with less than 1% of the companies innovating globally.

US to impose tariffs on EU steel, aluminium