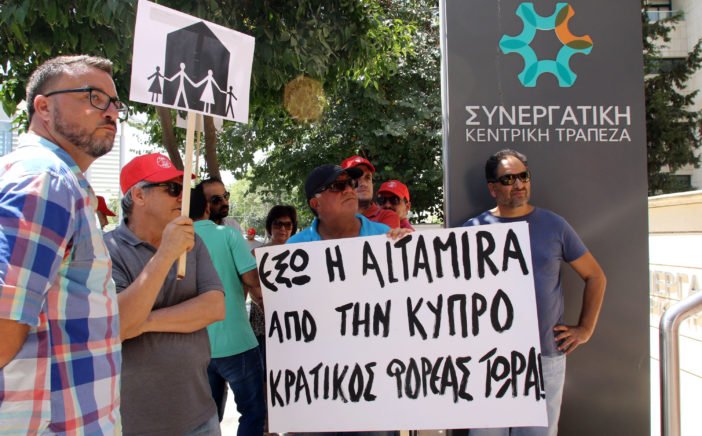 Cyprus’s audit office said that the state-owned Cyprus Cooperative Bank, which is currently in takeover talks with two investor groups, should redesign its corporate governance after an audit revealed weaknesses.

The audit office, which published on Friday its report on its probe into the Co-op’s administrative and compliance practices covering the period between July 1, 2015 and December 12, 2016, said that the attested gaps in governance are to blame for the bank’s failure to meet its own performance targets and implement its business plan.

As a result, the investment of taxpayers who injected €1.5 billion in the form of a capital injection in 2014 to the Cooperative Central Bank – as the lender was called until a year ago when it completed its merger with 18 other cooperative saving banks it administered – and another €175 million the following year, is gradually losing value, the office said.

The Co-op, which in the first nine months of 2017 generated a net loss of €63.3m compared with a profit of €7.1m for the full year of 2016 and a net loss of €176.4m the year before, had difficulties in reducing its non-performing loans portfolio, which accounted for €6.7bn in September last year, or 58.8 per cent of its total portfolio. In July, it announced its intention to assign the management of its delinquent loans to Spain’s specialist Altamira.

Two months ago, the government issued €2.4bn in bonds in favour of the bank owned by the state to over 99 per cent and deposited €2.5bn, receiving its non-performing loans stock and the underlying collaterals as guarantee. The bank announced on March 19, its intention to seek a buyer for all or parts of its operations and assets amid concerns over its capital adequacy, which prompted depositors to start withdrawing their funds.

“Unfortunately, the depreciation of the Cooperative Central Bank is accelerated by the finance ministry’s illegal decision, subsequently adopted by council of ministers to hand over, free of charge, 25 per cent of its stock to natural persons, customers of the corporation,” the state auditors said, repeating criticism made by Auditor-General Odysseas Michaelides in the past as part of a public war of words with Finance Minister Harris Georgiades.

“The finance ministry’s actions but also those of the Cooperative Central Bank in this area, appear to be related to the effort to achieve a listing before supervisory authorities could attest the need for further capital increases,” the audotors added.

The Co-op is one of the four systemic Cypriot banks jointly supervised by the Central Bank of Cyprus and the European Central Bank’s (ECB) Single Supervisory Mechanism (SSM).

“This is unacceptable and may likely constitute a violation of the relevant legislation,” the audit office said, adding that the matter also raises questions over the ethical behaviour of the state, its executives and officials.

According to the report, the lender did not apply best practices the areas of human resource management and procurements.