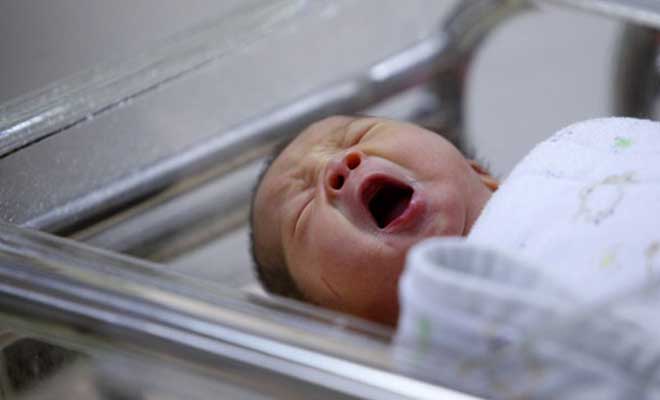 The health ministry has given reassurances that it will address the issue of a number of private maternity clinics facing closure due to a lack of midwives.

According to media reports, the health ministry sent a notice to a number of obstetrics and gynaecology clinics that their operations were suspended as they have been working illegally since the beginning of the year after the expiration of a decree granting them more time to employ the minimum number of midwives provided by law.

The clinics, however, argue that there is a shortage of midwives.

The head of the state medical services, Elisavet Constantinou, told Active radio that there is great upset among owners of obstetrics and gynaecology clinics over the development.

The law states the minimum number of health professionals each practice ought to have – five per private hospital – including obstetrics and gynaecology clinics. But due to the lack of midwives, the law has been on hold since 2003. The latest extension given by parliament expired at the end of last December.

Constantinou said that 17 maternity clinics do not fulfil criteria as regards the number of their staff. There are in total 28 gynaecology clinics in all districts.

During the last few days, she said, seven of those clinics have made the necessary arrangements to secure the necessary number of staff, eight have removed from their operation licence the role of obstetrics clinics, and only two still do not meet the criteria.

She added that the health ministry is collecting data on the number of midwives employed by private obstetrics clinics and is also investigating whether understaffing is due to owners being unable to find or refusing to hire more staff.

Constantinou said that only parliament can give another extension as regards the implementation of the law, but that the health ministry is aiming to provide solutions so that no clinic is forced to close down.

Private doctors say they would like to hire midwives but cannot find any, while the Cyprus Nurses and Midwives Association (Pasynm) argues that they could bring in staff from other European countries.

Head of Pasynm, Ioannis Leondiou, said that they did not give their consent for the extension given to private hospitals as a midwives’ job cannot be carried out by other health professionals, citing legal and safety issues.

The law, he said, provides for the duties and qualifications of each health professional, including midwives.

“If parliament decides to give another extension, it will have to ask for the opinion of the attorney-general, as, according to the law the duties of a midwife cannot be carried out by anyone else,” Leondiou told the Cyprus Mail.

He added that private clinics could bring in midwives from other European counties, but that would mean they would be forced to pay higher wages.

Gynaecologist Dr Marios Liasides, also former head of the Obstetrics and Gynaecology Society, said that this measure is absurd as the law allows a newly qualified midwife to perform a delivery in a house, but does not allow much more experienced health professionals to do the same in a hospital.

He said that the state ought to first help find the around 80 to 100 midwives necessary to adequately staff the private clinics before deciding to ask them to close down.

Liasides said that the minimum requirement is five midwives per private hospital depending on the number of hospital beds. At the moment, reportedly, around 30 newly qualified nurses are expected to enter the work force.

It is a fact, he said, that gynaecology clinics have been looking to employ midwives but can not find any, but many have very experienced nurses to assist doctors with deliveries.

For a person to become a midwife, he or she must follow a two-year course after graduating from a nursing study programme.

According to the head of the midwives committee of the nursing and midwives’ association, Stella Leondiou, difficulty lies in that, according to the law, a midwife can only qualify after completing 3,000 hours of training during those two years, half of them practical training and after delivering 40 babies.

“This can be done only in state hospitals, as in private ones doctors won’t allow trainees to do it, and because there has been an increase in caesarean sections, there are not enough deliveries as in the past for a midwife in training, so that she can meet the criteria within those two years” she said.

Our View: Our public hospital filing system is shameful