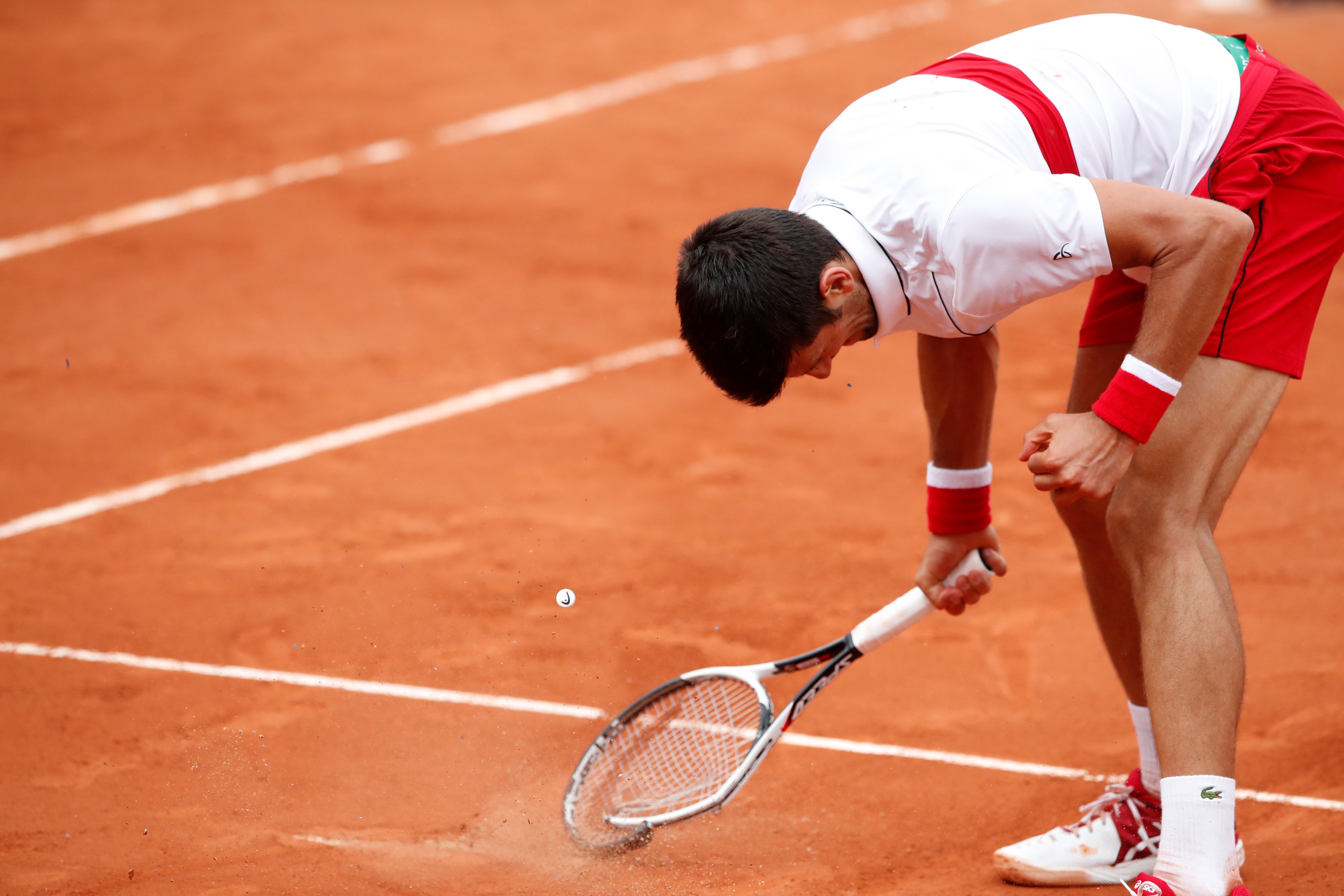 World number three Alexander Zverev saved a match point before completing a comeback to beat Bosnian Damir Dzumhur 6-2 3-6 4-6 7-6(3) 7-5 in the third round of the French Open on Friday.

The 21-year-old German looked to be on the brink of another disappointing early exit from a Grand Slam, with 26th seed Dzumhur serving for the match at 5-4 in the fourth set.

But Zverev held his nerve to force a tiebreak, which he won comfortably and eventually prevailed in the final set to book his first trip to the last 16 of the tournament.

The 20th-seeded Serb is playing at his lowest seeding in a Grand Slam since 2006 having dropped to 22 in the world rankings but has now reached the last 16 of a major for the 43rd time — second on the all-time list behind Roger Federer.

The Bulgarian fell to his seventh consecutive defeat against top 50 opponents at the French Open.

In the women’s draw, fourth seed Elina Svitolina’s French Open breakthrough was again put on hold as the Ukrainian fourth seed suffered a 6-3 7-5 loss in the third round to Romania’s Mihaela Buzarnescu.

Earlier on Friday, US Open runner-up Madison Keys saved two set points in the second set before putting away Japan’s Naomi Osaka 6-1 7-6(7) to reach the fourth round.

Play was suspended because of rain, with Russian Karen Khachanov leading 6-3 7-5 1-1 against local favourite Lucas Pouille in a third round match on Court Philippe-Chatrier.

Eighth seed David Goffin will resume on Saturday with a 6-7(6) 6-3 3-2 lead against Frenchman Gael Monfils.

Spain’s 10th seed Pablo Carreno Busta struggled to rediscover his touch as he committed 34 unforced errors in a 2-6 7-6(5) 6-3 6-1 defeat by Italian Marco Cecchinato.

Following her third-round exit, world number four Elina Svitolina admitted she was surprised by the qualities of her Romanian opponent Mihaela Buzarnescu, who had never won a main draw match at a Grand Slam event before this week.

Buzarnescu, seeded 31, has capped a remarkable rise from an injury-bedeviled ranking of World number 377 just 12 months ago.

“I didn’t know much about her because she raised really quickly,” Svitolina told reporters.

“I watched little bit video of her playing, so I knew a little bit what to expect. But today I was off and couldn’t find my rhythm, my game today, and was really struggling.

“On the other hand, she was playing great tennis. She was really, really on the ball today. I couldn’t do much today to get a win.”

Djokovic, seeded 20th, becomes the only player to have reached the last 16 of the French Open at each of the last nine editions.

“I am pretty tired but happy to have finally got the victory against a clay court specialist,” the Serb said after the match.

“I had to draw on a lot of patience. The conditions were difficult – sun and then rain – it made the match very special.”

World number two and Australian Open champion Caroline Wozniacki continued her impressive run in Paris with a 6-0 6-3 win over local hope Paul Parmentier in the third round.

Next up for Wozniacki is a sterner test in 14th seed Daria Kasatkina – who already has two wins over the Dane this season in St Petersburg and Indian Wells.

The 31st seed Romanian recorded her first career top-five win and will next face U.S. Open runner-up Madison Keys for a place in the quarter-finals.

The German recorded 51 winners to reach his first round of 16 in Paris after almost four hours of play on Court Philippe Chatrier.

Fourth seed Grigor Dimitrov was far from his best in a 7-6(4) 6-2 6-4 defeat by claycourt specialist Fernando Verdasco in the third round.

“What can I say? It’s a shame, because physically I felt good,” Dimitrov told reporters. “But I think — obviously I lost my nerves early after I lost that set.”

“I mean, unfortunately I have to continually stop here, I mean, the same time. Paris has always been, I guess, great to me, but I just could never turn it around out here.”

The Bulgarian fell to his seventh consecutive defeat against top-50 opponents at the French Open.

Meanwhile, world number 35 Verdasco has equalled his best performance in Paris by reaching the last 16 for the seventh time in 15 appearances.

Russian Daria Kasatkina recovered from a mid-match blip to reach the last-16, defeating Greece’s Maria Sakkari 6-1 1-6 6-3 in the third round.

Big-hitting American Madison Keys saved two set points in the second set to put away Japan’s Naomi Osaka 6-1 7-6(7) in the third round.

“Naomi raised her level a lot in the second set and I really just had to hang in there,” Keys said after the match.

“Clay is growing on me. It’s not my favourite still but being in the round of 16 for a second time definitely makes it a little bit better.”

Parliament rejects ban on drinking water being used in pools

Trump says he, N. Korea’s Kim, will hold June 12 summit after all