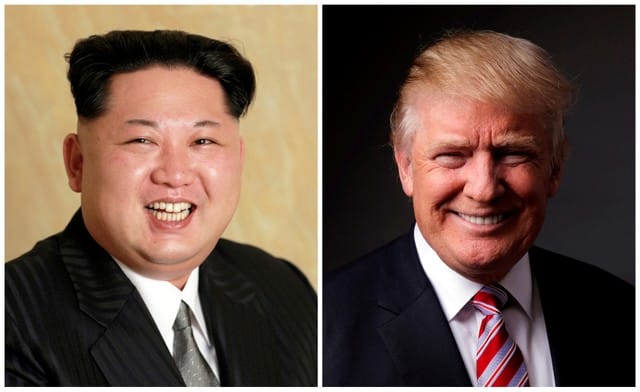 President Donald Trump said on Friday an unprecedented nuclear arms summit with North Korean leader Kim Jong Un that the United States pulled out of will now go ahead as scheduled on June 12 in Singapore, adding another twist to a high-stakes diplomatic dance.

“I think it’s probably going to be a very successful, ultimately a successful process,” Trump told reporters on the White House lawn after meeting with a senior North Korean official in the Oval Office.

Kim Yong Chol, a close aide to the North Korean leader, delivered a letter from Kim Jong Un to Trump. The envoy was the highest level figure from the secretive state to hold talks at the White House since a senior envoy visited former President Bill Clinton in 2000.

Trump first told reporters the letter from Kim was “a very nice letter … a very interesting letter” but then said he had not opened it.

Trump appeared to significantly lower expectations for the outcome of the historic summit, frequently describing it as the start of a process and not the place where the two leaders were likely to sign any agreement. He said a number of summits might be required.

It was a extraordinary softening of tone toward North Korea from a president who last year threatened to rain “fire and fury” on the country because of the threat its nuclear weapons and long-range missiles pose to the United States.

After exchanging threats and insults since Trump became president last year, the United States and North Korea have been trying to set up the summit between their leaders. Trump wants to use the meeting to pressure Pyongyang into giving up its nuclear weapons.

Wall Street took word from Trump that the summit was back on in stride. The S&P 500 added slightly to what were already healthy gains, then slipped back a few points to remain up 0.9 percent in afternoon trade. The U.S. dollar index added modestly to a gain.

North Korea, whose nuclear ambitions have been a source of tension for decades, has made advances in missile technology in recent years but Trump has sworn not to allow it to develop nuclear missiles that could hit the United States.

He wants North Korea to “denuclearize,” meaning to get rid of its nuclear arms, in return for relief from economic sanctions but the leadership in Pyongyang is believed to regard nuclear weapons as crucial to its survival and has rejected unilaterally disarming.

“I look forward to the day when I can take the sanctions off of North Korea,” Trump said.

Highlights from the sixth day of the French Open