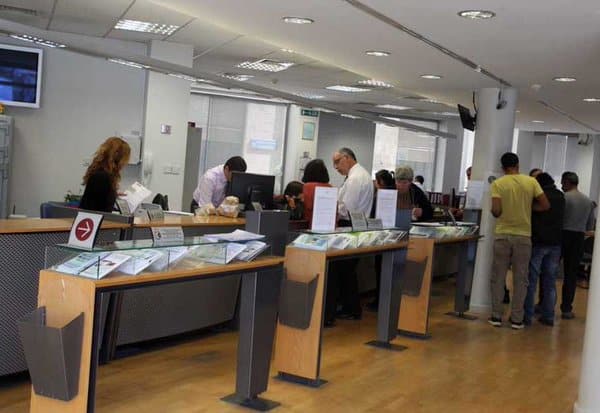 Loizos Hadjicostis, the bank workers’ union Etyk’s honorary president, said on Saturday, banks should realise their issues will not be resolved by withholding annual pay rises or the Cost of Living Allowance (CoLA).

Speaking at the 50th Annual Etyk Conference, Hadjicostis said the government’s decision this week to restore pay rises in public sector sends a message to others, and that bank management should note that problems would not be solved by not granting pay rises.

On Friday, the government stunned business groups with the decision to gradually reverse pay cuts in the public sector.

Hadjicostis lauded the government, noting the union’s own struggle in having axed provident funds restored.  He noted that the timeframe for the restoration would be until the end of the month.  “The €10 million is nothing in comparison to the government’s announcement to offer €250 million a year in order to restore pay in the wider public sector,” he said.

Etyk general secretary, Christos Panayides said, during his speech, that the actions being taken to reduce non-performing loans, should not victimise bank employees.

“It is paradoxical to see banking boards waste tens of millions of euro on advisers and other costs, while at the same time they attempt in every way to deprive their staff of benefits,” he said.

Panayides also noted that a coordinating body needed to be established for all the unions that are independent and not politically aligned.

Etyk also held elections for the new board at the end of the conference.

As far as the public sector is concerned, talks with unions Sek and Peo were held in secret for weeks, and the decision to reverse the pay cuts came a day after the financial watchdog warned of serious risks to the economy.  The Cyprus Chamber of Commerce and Industry (CCCI) told CyBC radio the group was surprised.

“We disagree with this decision; it goes in the wrong direction and it will cause fiscal problems,” CCCI Secretary-general Marios Tsiakkis said.

However, Andreas Elia, secretary of OIO-SEK, a division of SEK representing workers at state-owned corporations, commenting in an interview to state radio CyBC said that the unions were in consultations with the finance ministry “for some weeks now” in order to reach an agreement before the May 31 deadline agreed in October expired.

“We are satisfied that there was a conclusion within the timetable,” Elia continued adding that the fact that the economy’s largest employer is sending a message to the society and labour institutions in both the private and public sector.

The agreement, expected to be signed within the coming days providing for a five-year implementation period, benefits workers in the local administration, state-owned companies, hourly paid workers and school committees, who saw their wages reduced up to 16 per cent as part of an attempt to curb the government’s inflated payroll. In December 2015, three months before Cyprus completed its adjustment programme agreed with international creditors in exchange for a bailout, the parliament rejected a government bill to overhaul human resource management in the public sector.

In January last year, the unions and the government signed an agreement introducing the economy’s nominal growth rate as a cap for pay rises in 2017 and 2018. Still, unions threatened to strike months before the presidential elections which compelled the government to consent to initiate a dialogue after the elections in exchange to labour peace.