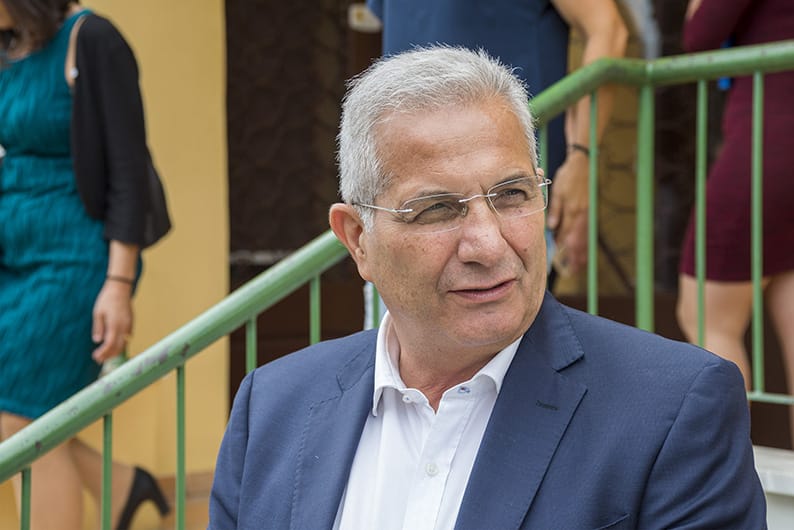 Akel general-secretary Andros Kyprianou said on Saturday that the perpetuation of the current Cyprus problem situation only serves those “flirting” with a non-solution.

Speaking at the third annual conference ‘The Left in Cyprus’, Kyprianou said the lack of any moves on the negotiations “has serious consequences for the derailment” of a solution based on UN parameters.

“The extension of the impasse makes Turkey’s occupation easier and allows them to exert increasing pressure on the Turkish Cypriot community to change sides on the Cyprus issue,” he said.

Regarding the talks, which failed at Crans-Montana last July, Kyprianou said that on both sides of the “barbed wire” there are increasing calls to maintain the division, which cultivate fanaticism, enmity, and intolerance.

“At the same time, the ideas of the continuation of the de facto situation or the creation of two separate countries are being promoted ever more openly,” Kyprianou said.

On Wednesday, President Anastasiades said in a response to prior criticism from Akel that he would not allow the Greek Cypriot side to be blamed for the impasse in the Cyprus talks.

In his response back on Saturday, Kyprianou said: “Soon a year will have passed since the failure of the talks process at Crans Montana, and unfortunately it is unknown when the process will restart.”

He added that Akel cannot settle for this or other similar positions, nor with the continuation of the impasse.

“That is why, we are making every possible attempt to create the prerequisites, not only for the restart of negotiations, but also for the creation of prospects for a quick conclusion on a mutually acceptable solution.”

To achieve the restart of talks, he noted, the attempts need to not include preliminary terms and conditions.

He added that at the same time as the talks were deadlocked, the people of Cyprus were following “with concern” the happenings in the region. “When you neighbour’s house is burning, yours is next,” Kyprianou said.

“Anyone on the Greek Cypriot side, who thinks that our lives will continue on unaffected, like they are now, are being conned.”

Kyprianou said that the continuation of the deadlock would create many difficulties, and that there would be a slow erosion in contacts, leading to a complete division.

“It is imperative every citizen, every Greek Cypriot and Turkish Cypriot, contribute to exerting pressure on both leaders, so that they rise to the occasion, and restart the negotiations, with a goal of achieving a solution, as soon as possible,” Kyprianou said.

Myanmar says willing to take back all Rohingya refugees