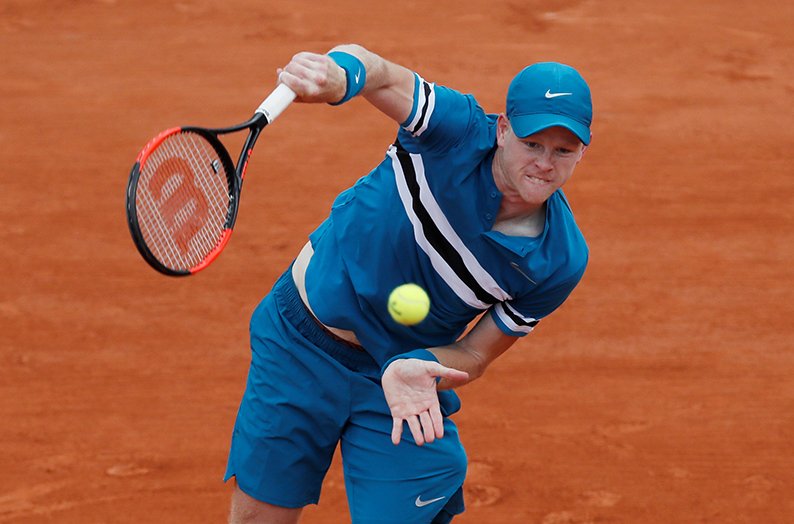 Italian maverick Fabio Fognini edged a topsy-turvy five-setter against British number one Kyle Edmund to reach the fourth round of the French Open on Saturday.

King of the unpredictable, the 18th seed mixed dazzling brilliance with careless errors and even lost 16 points in a row at one stage before prevailing 6-3 4-6 3-6 6-4 6-4.

Edmund‘s level also fluctuated throughout the three-hour 34 minute contest in which both players needed medical timeouts.

After breaks were swapped like hot potatoes in the opening four sets, the decider went with service until Australian Open semi-finalist Edmund stepped up to serve at 4-5.

The 23-year-old then buckled, going 0-40 down, and although he saved one match point, Fognini forced the error on the next to reach the last 16 for only the second time on his 11th appearance at Roland Garros.

With Marco Cecchinato also through, Italy has two players in the fourth round here for the first time since Corrado Barazzutti and Adriano Panatta survived that far in 1976.

Now bring me that horizon