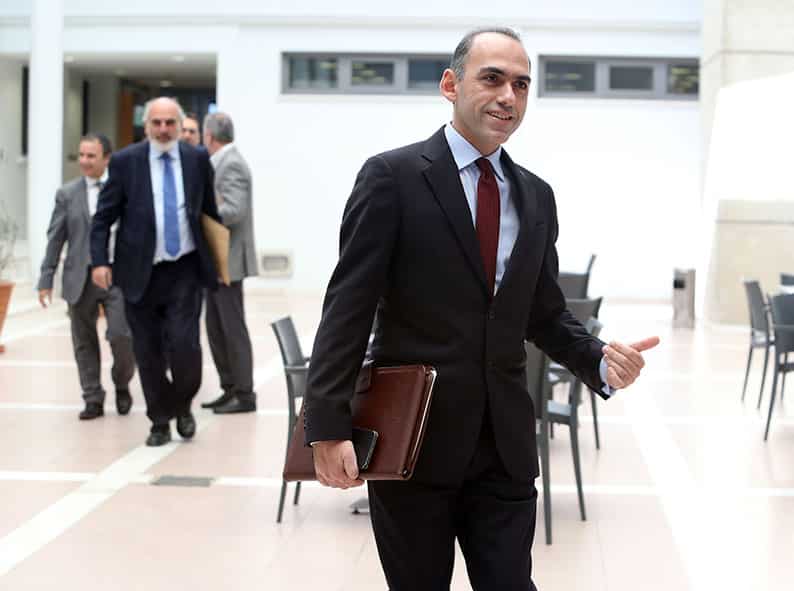 Finance minister Harris Georgiades on Monday defended the government’s decision to gradually restore civil servants’ salaries to 2011 levels – when the first cuts were imposed – insisting that the public payroll would not spin out of control again.

Speaking to the public broadcaster CyBC, Georgiades was on a damage-control mission after employers’ organisations in the private sector, as well as several callers, expressed frustration at a preliminary deal struck last week between the government and trade union federations Peo and Sek.

The agreement provides for gradually rolling back the cuts to wages and pensions introduced in the broader public sector since the summer of 2011.

Georgiades said the government had sought to find the sweet spot between two ‘extreme’ positions.

On the one hand, the civil servants blanket union Pasydy had been calling for the immediate, one-time restoration of pay cuts. On the other, employers’ organisations – sensing pressure from workers in the private sector – are opposed to any public service wage rises whatsoever.

The finance minister argued that the deal with trade unions provides for ‘moderate’ pay increases. These have been vetted by the International Monetary Fund (IMF), he said.

The IMF was one of the creditors that bailed out the country in 2013. Rationalizing the public service payroll was one of its key conditions for providing financial assistance to Cyprus.

“Certainly the time would come when some increases would start being given,” Georgiades said.

“Therefore, it makes sense to give out some moderate rises in order that we avoid reverting to past practices, when wage increases and hirings were made recklessly, thus contributing to the derailment of the economy.”

The deal with the two trade unions – eventually to be expanded to the whole public sector – envisages the gradual ending of the pay cuts in six doses, starting this July and ending in January 2023.

Each instalment will add in excess of €40 millio to the payroll so that by 2023 it will total a little over €260m.

To soften the public relations impact, rather than say ‘pay rises’ the administration is using classic government-speak, calling it ‘walking back the pay cuts’.

Now, the finance ministry will draw up a proposal to be submitted to the cabinet for approval. Barring the unexpected, approval by the cabinet is considered routine, after which the government will draft a bill and send it to parliament.

Based on an internal Sek document obtained by news outlet Stockwatch, as of July 1 this year civil servants will receive pay rises of between €20 to €40 a month. And at the start of 2019, salaries will increase by a further €40 to €80.

In addition, annual pay increments that have also been reintroduced will add another €22m each year, taking the total increase to over €370m, without taking into account new appointments which have already begun.

The cost of living allowance has also been re-introduced to the public sector, although it has been halved.

Health ministry investigates doctor in response to accusations of cover-up