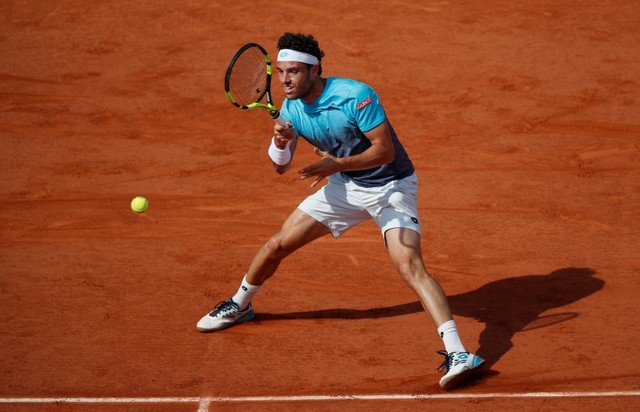 Belgium has detained 13 people in raids over an investigation into suspected match-fixing in the lower ranks of professional tennis, federal prosecutors said on Tuesday.

A criminal organisation with ties to Belgium and Armenia has been bribing professional tennis players since 2014 to fix matches, letting the criminals to rake in profits by placing bets, the prosecutors said.

The fixed matches were usually in lower-ranked, rarely televised tournaments such as the Futures and Challenger circuits, where it was easier to bribe players, prosecutors said.

The Interim Report of the Independent Review of Integrity said its two-year investigation had not revealed widespread corruption at the top of the professional game.

There was evidence of some issues at these levels, though the review panel’s chairman Adam Lewis said match fixing at the level of a Grand Slam tournament was “unlikely”.

The highest-ranked player to be embroiled in a match-fixing case has been Italian Marco Cecchinato, who faces Serbia’s Novak Djokovic on Tuesday in the quarter-final of the French Open, the second of the tennis year’s four blue riband events.

Cecchinato’s national federation found him guilty in 2016 of placing a bet on himself the previous year to lose a match during a Moroccan Challenger event.

Cecchinato has always denied the claim, and a playing ban against him was overturned by the Italian Olympic Committee because of irregularities regarding how the evidence was gathered.

In the Belgian case, investigators cooperated with counterparts in Germany, France, Bulgaria, Slovakia, the Netherlands and the United States.

A judge would decide at a later stage whether those detained would be formally arrested, prosecutors added.

Not all classrooms have four walls