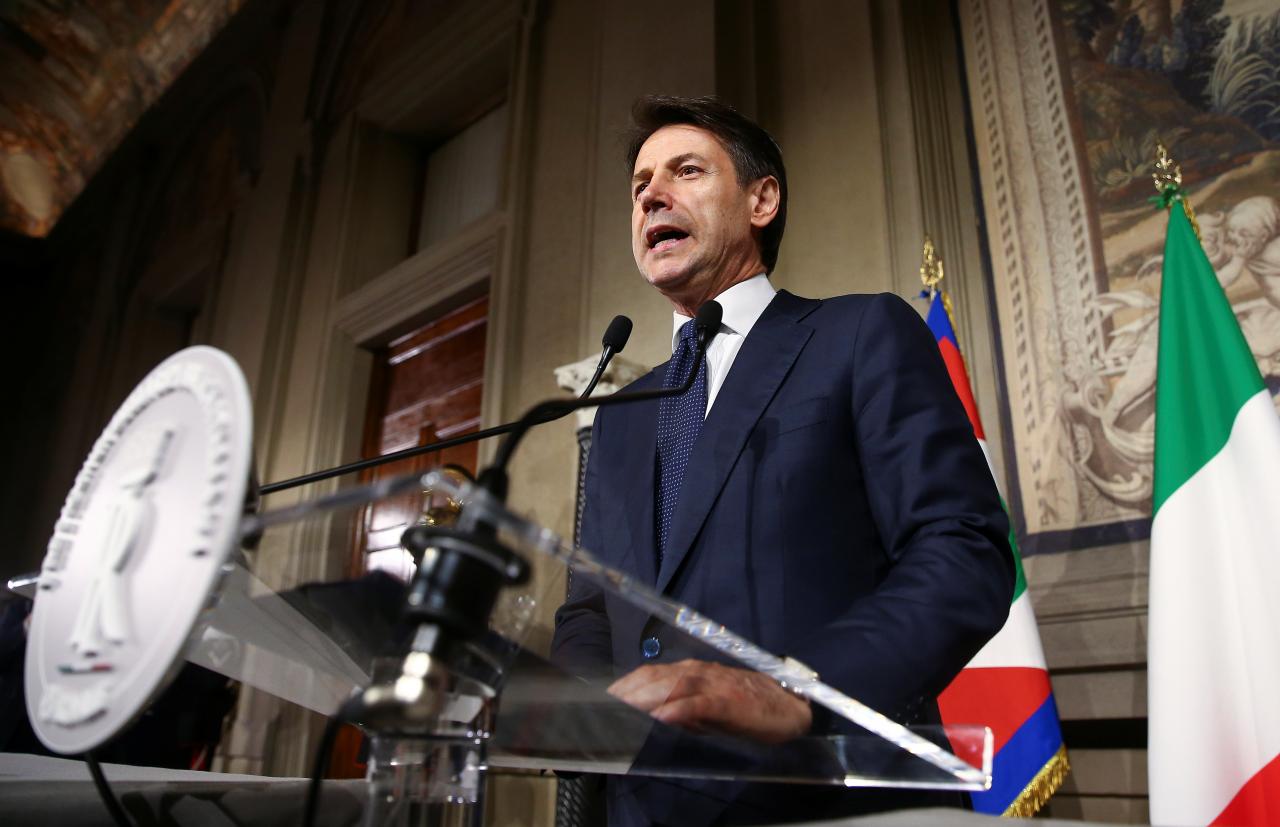 Italy‘s new prime minister promised on Tuesday to bring radical change to the country as he sought parliamentary backing for an anti-establishment government which plans to challenge European Union rules on budgets and immigration.

Prime Minister Giuseppe Conte addressed the Senate, flanked by the leaders of two formerly fringe parties that had shoved aside mainstream parties at elections in March to form a coalition with Conte, a little-known law expert, as its head.

“The truth is that we have created a radical change and we’re proud of it,” Conte told the Senate, where he is expected to win a confidence vote later in the day.

The coalition, made up of the 5-Star Movement and the League, has about a 10-vote majority in the Senate and a wider margin in the lower house, which is due to vote on Wednesday.

Conte, 53, spoke as 5-Star leader Luigi di Maio and Leader chief Matteo Salvini sat beside him, nodding their approval as the urbane law professor ticked off all the main elements of a policy agenda the party leaders had finalised days before.

Di Maio is labour and industry minister in Conte’s government, and Salvini is his interior minister, raising doubt about whether the law professor with no prior political experience can put his own stamp on the government’s agenda.

Salvini spoke with Hungarian Prime Minister Viktor Orban on Monday after the government was formed – a call that, as many Italian newspapers noted, would normally have been carried out by a new prime minister not one of his cabinet members.

Conte said the government’s priorities would be to address social hardship through the introduction of an universal income – a 5-Star election promise – and to stem an influx of irregular immigrants, a key policy of the League.

Conte also touched on one of the most sensitive issues for financial markets, saying fiscal rules governing the eurozone should be “aimed at helping citizens”.

“The speech shows there’s no signs that any of their proposals will be watered down,” said Antoine Bouvet, an interest-rates strategist with Japanese bank Mizuho. Italy‘s 10-year government borrowing costs were up 9 basis points on the day at 2.65 per cent and 2-year yields up 11 bps at 0.86 per cent.

Italian markets and the euro had suffered a heavy selloff leading up to last week’s formation of the coalition, on fears that it would take on more debt in breach of euro fiscal rules.

Italy already has the biggest debt burden of major euro zone nations at about 130 per cent of economic output. Economists estimate the coalition’s policy agenda would add tens of billions of euros to annual spending.

“Italian public debt is fully sustainable today,” Conte said. “However, its reduction must be pursued, but with a view to economic growth.”

Conte stressed that “Europe is our home” and, despite the coalition’s intention to improve Russian ties, restated commitments to both Nato and Italy‘s alliance with the United States.

On immigration, which was a major election issue after a big influx of mostly African asylum seekers, Conte said the government would end “the immigration business”.

League leader Matteo Salvini has pledged that Italy will no longer be “Europe’s refugee camp”.

Once the parliamentary votes are over, Conte will leave for his first international summit, a G7 meeting in Canada that starts on Friday.