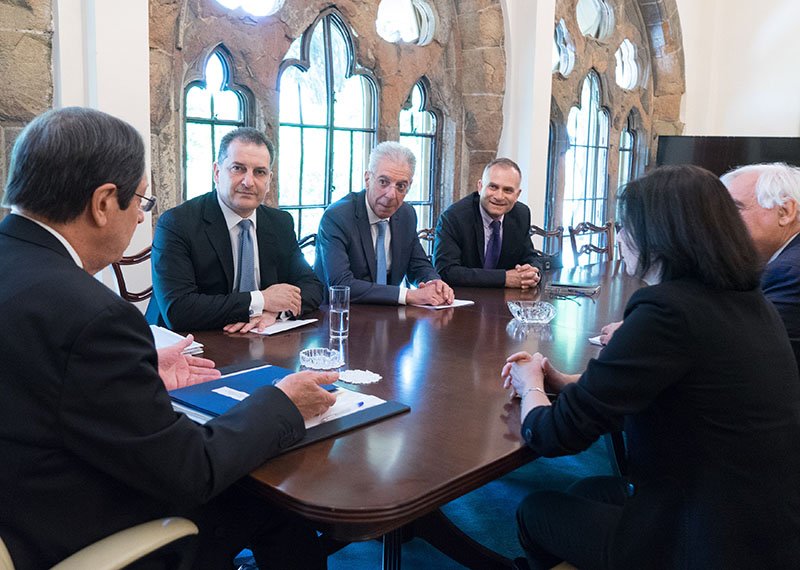 President Nicos Anastasiades said on Tuesday, World Environment Day, Cyprus will play a coordinating role in the efforts of countries in the region to tackle the impact of climate change.

At meeting with the energy minister, the environment commissioner, head of the Cyprus Institute, and the director of the environment department at the agriculture ministry, the President discussed the initiative the island would undertake following an international conference hosted in Nicosia.

In a written statement Anastasiades said Cyprus signed the 2015 Paris agreement on climate change, which has a goal of retaining the rise in temperature under two degrees Celsius after 2020.

He said that the international community should remain committed to implementing the plan.

“Our government’s policy is to play our role, in the framework of international cooperation, and to fulfil the national climate action plan, we have put forth with a goal of reducing greenhouse gases,” the President said.

He added that at the meeting guidelines were given to promote international initiative, with Cyprus offering to coordinate regional action on climate change.

Noting the strides made in the environmental protection sector, the president said that the Cyprus Institute has established an international scientific network, taken on initiatives, and is becoming a centre for cooperation.

President Anastasiades said the government would continue its efforts in cultivating an eco-friendly conscience, through programmes and actions in schools and the wider community.

Regarding the community initiatives in Cyprus, Environment Commissioner Ioanna Panayiotou noted Cyprus needs to implement its targets in combatting pollution from plastics.

“The European policy on plastic materials constitutes part of the transition towards a more cyclical economy,” she said.

As part of this policy, “the environment will be protected from pollution from plastic materials while at the same time enhancing growth and innovation, so that this challenge can become a positive agenda for the future of Europe.”

She also said that the only long-term solution to the issue is the reduction of plastic waste by increasing recycling and re-use or material.

“If the way production and use of plastic material does not change, in 2050 the oceans will contain more plastic than fish,” she said.

Panayiotou added that the challenge needed to be met with collectively.

“We need to invest in new innovative technologies, which will protect our citizens and our environment, while at the same time enhancing industry competitiveness.”

On the occasion of World Environment Day, she also spoke about the Cancer Patients and Friends Association (Pasykaf)’s clothing recycling programme, which has been running since 2013. She called on the public to place clothes, belts and bags in the bins located in 390 locations across the island.

Items collected at the bins are given to families in need, or are sold to charity shops associated with Pasykaf. The shops are in Paralimni, Larnaca, Limassol, and Paphos. The rest are sent to be recycled abroad, Achielloudi said.

She said one of Pasykaf’s main goals is the prevention of cancer through the protection of the environment.

To mark the day on Tuesday the Strovolos municipality gave out reusable bags to residents, as part of a campaign to reduce the use of plastic bags. The EU Commission Office in Cyprus said that in cooperation with the municipality 28,500 bags were given to residents.

As of July 1, people in Cyprus will be charged five cents per plastic bag. The measure, the EU Commission statement said, “is a good way for citizens to start changing their practices.”

Tears and cheers as EU lawmakers give final nod to Brexit