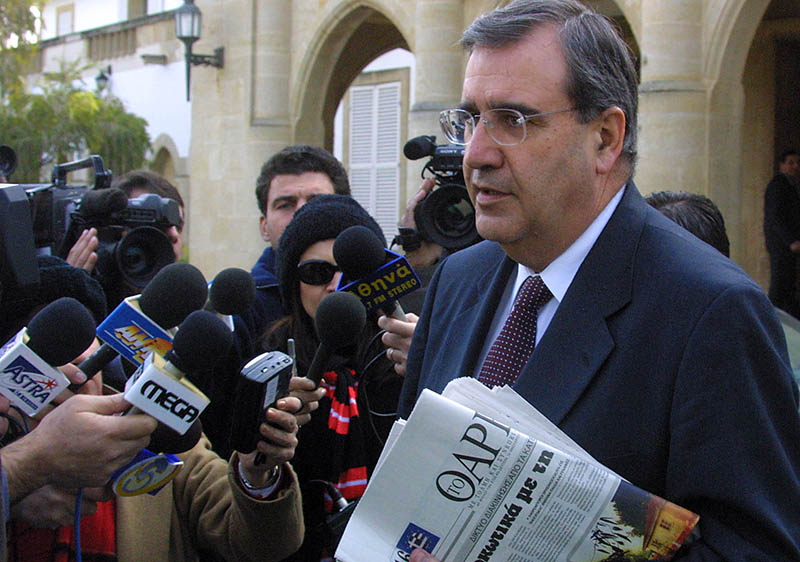 The Supreme Court has overturned a decision against a journalist in a libel suit filed against him by a former state official, pointing out that a public figure must be more tolerant of criticism whose boundaries are broader when the object is a politician.

The case in question was brought to court by former government spokesman Michalis Papapetrou who sued Simerini and Radio Proto journalist Lazaros Mavros over a 2007 article titled ‘The people don’t want you.’

Papapetrou, a pro-reunification politician and Annan plan supporter who served under former president Glafkos Clerides, sued fervent nationalist Mavros, claiming the article had damaged his reputation, dignity and honour as a person, lawyer and politician.

Papapetrou was one of four people mentioned in the article.

The district court ruled in Papapetrou’s favour in 2012 but Mavros and the Dias Group appealed and succeeded to have the decision overturned, according to their lawyer Andreas Angelides.

“The publication in question, individually or as a whole, is not defamatory for Mr Papapetrou,” the Supreme Court said.

The court took into account the context in which the article had been published, the author’s job as a journalist, the fact that the district court had not attributed bad faith to the appellant, but also the respondent who is a known politician and has held the positions of MP, government spokesman, member of the national council, member of the negotiating team for the Cyprus problem, and party chairman.

The Supreme Court ruled that the article addressed the policy represented by Papapetrou at the time and not him personally.

“It is obvious in the publication that what the appellant is highlighting is the policy the respondent and the three others represented at the time, and this is what it censures,” the court said.

The court added that the publication was not defamatory for Papapetrou because it did not refer to his personal life or honour, neither could it be considered a personal attack against him.

A public figure like Papapetrou should be more tolerant of criticism, whose boundaries are broader when the object is a politician and not an ordinary citizen, the court said.

“Weighing freedom of speech and expression on one hand, and the right to defend reputation on the other, we judge that based on the facts of the case, freedom of expression prevails.”

‘World looks on in silence as Cyprus moves towards partition’