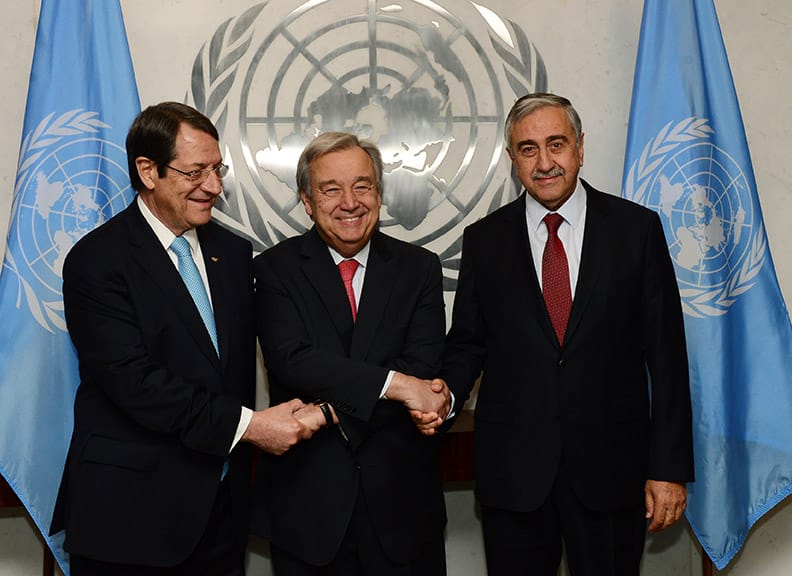 Cyprus is moving towards partition while the world looks on in silence, civil society groups from the island said on Tuesday.

In a joint call, 10 groups said they were “extremely alarmed about the future of Cyprus” and questioned why confidence building measures (CBMs) agreed by both leaders during negotiations were not being implemented.

They called on the UN to clarify why CBMs on the interconnectivity of electricity grids and the interoperability of mobile telephones have yet to be implemented, despite being agreed upon three years ago.

“Assigning the same share of responsibility to the sides only makes the UN assist the avoidance of CBMs.

“The island is drifting towards partition and the international community stands silent,” the groups said.

Although stating that the future of Cyprus lay in the hands of Cypriots, the groups said the island had a long history “in a troubled region and the UN has both a duty and an interest to stand behind what has been achieved so far in the negotiations.

“We urge the UN to take a firm stance as to the Cyprus peace process both on the table and on the ground. When the sides can act with impunity, it risks making the UN part of the problem.”

Their statement also said the UN should take a stance and clarify what the UN Secretary General Antonio Guterres’ framework submitted during the failed talks in Crans-Montana, Switzerland actually specified.

Turkish Cypriot leader Mustafa Akinci said in April that if the Greek Cypriot side was ready to accept the Guterres framework without changes, it could be announced as a strategic package agreement.

Instead of prompting a step towards restarting talks, it resulted in long winded discussion as to which framework was being referred to after President Nicos Anastasiades asked for clarification as to which version of the proposals put forward in Switzerland Akinci was referring to.

“Only through a bold stance from the international community can supporters of a settlement stand behind what has been achieved to date without being crushed by the respective rhetoric of each side,” the statement said.

The groups called on the UN to suggest a series of CBMs such as educating the public about what a federation is and the green line regulation as well as encourage cooperation that would help overcome obstacles that prevent economic, educational, cultural and social interaction, cooperation and interdependence.

They suggested children should be taught both languages of the country to allow them to build a joint future and to authorise the bicommunal technical working group on education “to rid schoolbooks of all nationalist and racist elements and promote peace, acceptance and coexistence.”

Crossing points in at Lurodjina and Famagusta Gate should be opened, they said, adding that the interoperability of mobile phones and the interconnection of electricity should be implemented.

Lastly, obstacles should be removed to prepare the Turkish Cypriot community to adopt the EU acquis and “take active measures on issues that deteriorate mutual trust.”