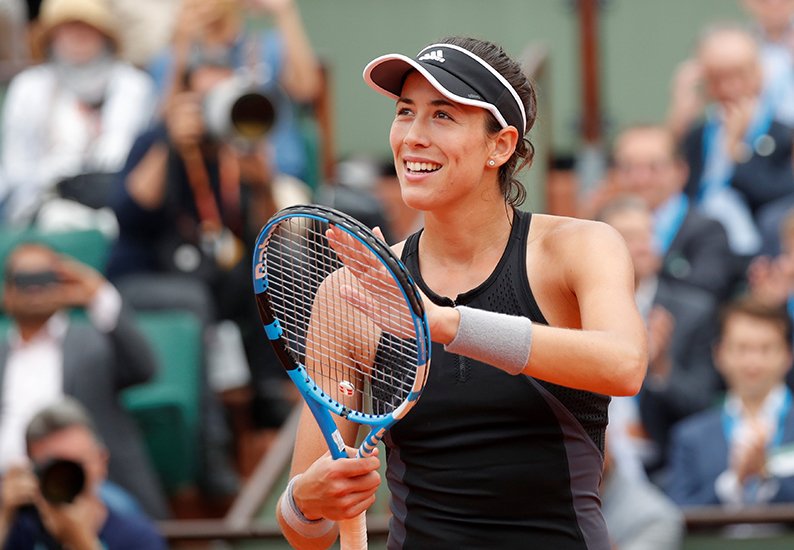 Sharapova’s eagerly-awaited fourth-round clash with Serena Williams never even made it on court on Monday as her American nemesis pulled out an hour before the scheduled start with a pectoral injury.

This time the Court Philippe Chatrier crowd — at least the ones that could be prised away from their luncheon — got a match, if not a contest, as Muguruza roared to a 6-2 6-1 victory and on to a semi-final against top seed Simona Halep in which the world number one ranking will also be on the line.

Sharapova, back at the claycourt slam for the first time since 2015 following a doping-ban, walked on court with two French Open crowns to Muguruza’s one and a 3-0 head-to-head record against the reigning Wimbledon champion.

An hour and 10 minutes later the 31-year-old was walking off after her worst French Open spanking since she managed only two games against Dominika Cibulkova at the same stage in 2009.

“I just didn’t feel free, and I felt there was a lot of force behind all the shots and that it wasn’t coming natural to me — didn’t have the rhythm,” Sharapova told reporters.

The signs were ominous when the five-times Grand Slam champion coughed up three nervy double-faults in the opening game. Muguruza sensed weakness and pounced for a 4-0 lead.

Sharapova did finally settle, holding serve to love, but Muguruza clumped down an ace to make it 5-1.

The former world number one drilled a backhand winner down the line to hold again in the next game, the 28th seed clenching her fist as she walked to the chair.

But Muguruza was relentless and brought up two set points with a scorching backhand winner before sealing the opening set with a clubbing forehand that Sharapova fended into the net.

The only hope for the Russian was that her 2014 French Open quarter-final defeat of Muguruza, when she also got steamrollered in the first set before coming back, might play on her opponent’s mind.

Service breaks were exchanged at the start of the second set but Muguruza is a far steelier player than four years ago and Sharapova did not get a sniff in the next five games as the Spaniard reached her fourth Grand Slam semi-final.

An anti-climactic match ended predictably, with a Sharapova backhand nestling in the net — her 27th unforced error.

There was no great show of elation from Muguruza at the end. She clearly still has business to attend to as she eyes a follow-up to her 2016 title on the Parisian clay.

“I think I did a good performance today, a very serious, solid match. I’m happy with that,” the 24-year-old said.

“Four years ago my experience was different. I think I’ve developed a lot as a tennis player.”

Muguruza is yet to drop a set in the tournament but she is expecting a tougher test against last year’s runner-up Halep on Thursday.