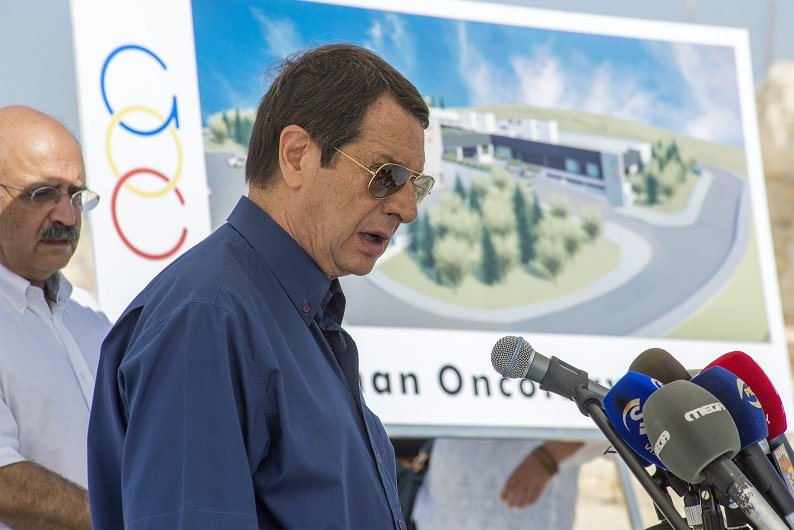 A deal for the referral of cancer patients to a newly-created private facility was back on track on Wednesday after another private clinic withdrew an appeal it had submitted to the tender review board about a week ago.

According to the chairman of the German Oncology Centre, Kikis Kazamias, the appeal filed by Ygeia Polyclinic was examined by the review board on Wednesday morning but it was withdrawn before the decision was announced.

Kazamias reiterated the centre’s readiness to start treating patients referred to it by the state.

“It is up to the ministry’s leadership to prepare the agreement and call us to sign it,” he said.

Kazamias said patients have already visited the centre to make the necessary arrangements and be ready to start their treatment immediately.

Announcing the suspension of the agreement earlier this month, the German centre said it was sorry “for the prolongment of the hardship experienced by cancer patients” due to the appeal.

In response, Ygeia the reference aimed at turning public opinion against it.

The private hospital also said that it had merely exercised a right provided for it by the constitution and the law and asked the board to examine the legality of the procurement of oncology services from the German Oncology Centre.

In a statement later on Wednesday, it outlined that the deal, worth some €14m had been done after negotiations instead of a more transparent process – a public tender – in which Ygeia could have participated.

Nonetheless, according to Ygeia’s statement, they had agreed to resolve the matter outside of the tender review board following a suggestion by the health ministry’s lawyer.

They agreed the deal struck with the German Oncology Centre would expire after one year instead of three as had initially been the plan and after this period, the ministry would examine the possibility of striking a deal with other licensed bodies that can offer the relevant services, through a bidding process.

Kazamias said Wednesday that any bad impressions among the public were left by the clinic when its management decided to file an appeal.

He said the centre had excellent relations with many doctors, a large number of whom have shares in Ygeia or are its associates

“We pledge that this excellent co-operation with the doctors will continue in the future,” he said.

The agreement with the state provides for radiotherapy treatments for cancer patients and positron emission tomography-computed tomography (PET/CT) provided by the German Oncology Centre.

The German Oncology Centre opened last November in Ayios Athanasios, in Limassol, seeking to complement the state’s health services by providing treatment for patients from Paphos and Limassol