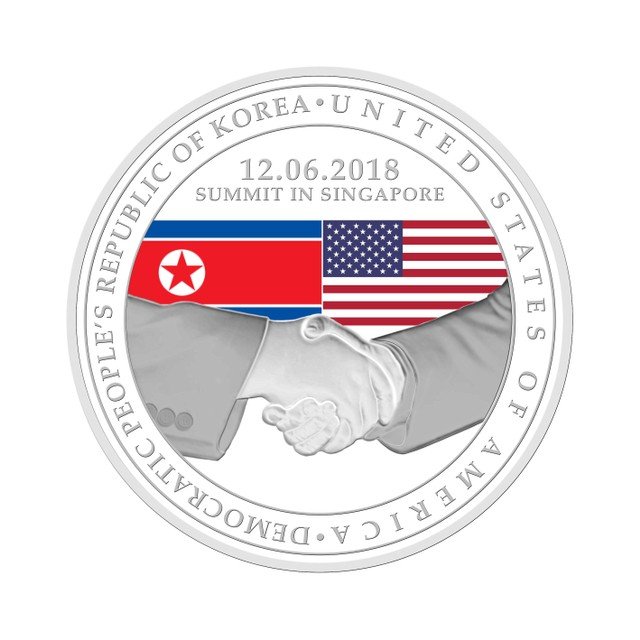 The summit between US President Donald Trump and North Korean leader Kim Jong Un will be on Singapore’s southern island of Sentosa, the White House said on Tuesday as preparations accelerated for next week’s event.

White House spokeswoman Sarah Sanders said in a Twitter post that the venue would be the Capella Hotel on Sentosa and thanked Singaporeans for their hospitality. The summit is scheduled to start on the morning of June 12.

Trump told reporters at an Oval Office event that plans for what will be the first meeting between a serving US president and a North Korean leader, were “moving along very well.”

“A lot of relationships being built, a lot of negotiations going on before the trip,” he said. “We’ll see what happens. But it’s very important – it’ll be a very important couple of days.”

Trump, who is seeking to persuade Kim to shut down a nuclear missile program that now threatens the United States, said on Friday the summit he had canceled the previous week was back on after he received the North Korean delegation bearing a letter from Kim.

Trump said last week he expected an eventual “very positive result” with North Korea but dampened expectations for a breakthrough in Singapore, saying it could take several meetings to reach an agreement.

Trump said one thing that could come out of the summit is an agreement formally ending the 1950-53 Korean War, which was concluded only with a truce, not a peace treaty.

Former US officials and analysts say that if the meeting produces a peace declaration, this could give Trump a big headline-grabbing, made-for-TV moment on the world stage.

But they say the public relations value of such a historic event could quickly fade if Trump fails, in return, to wring any significant concessions from Kim toward the dismantling of North Korea’s nuclear arsenal.

North Korea defends its nuclear and missile programs as a deterrent against what it sees as US aggression. The United States stations 28,500 troops in South Korea, a legacy of the Korean War.

On Monday, Singapore declared a central region that is home to its foreign ministry, the US embassy and several hotels, as a special zone from June 10 to 14. In its online gazette, the government amended the area to include Sentosa and an area of the sea stretching more than 1 km (0.6 mile) off its southwestern shore.

The Singapore government has said police would make stricter checks of people and personal belongings and items such as public address systems and remotely piloted aircraft system would be prohibited in the area.

Iran’s uranium enrichment plans are close to the ‘red line’

Philippines’ Duterte ‘will quit’ if enough women protest his kiss