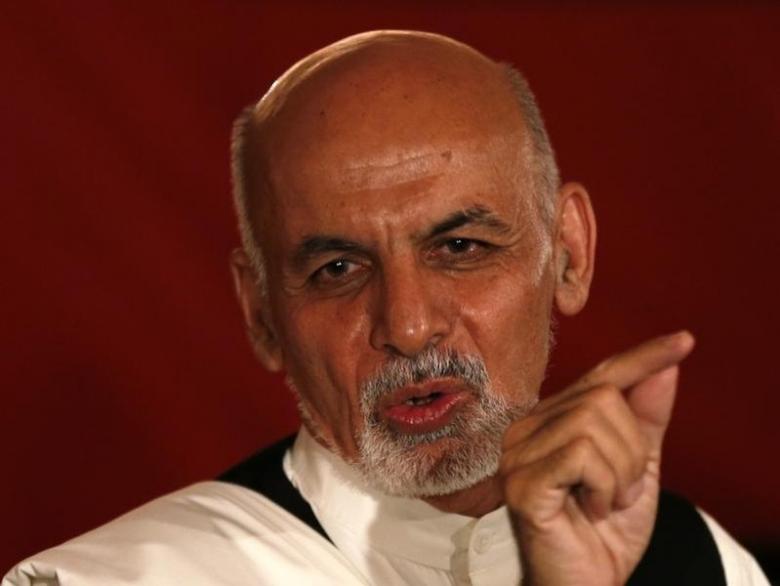 Afghan President Ashraf Ghani for the first time announced an unconditional ceasefire with the Taliban on Thursday, coinciding with the end of the Muslim fasting month, but excluded other militant groups such as Islamic State.

The decision came after a meeting of Islamic clerics from across the country this week who declared a fatwa, or ruling, against suicide bombings.

A suicide bombing claimed by Islamic State killed 14 people at the entrance to the clerics’ peace tent in Kabul.

The clerics also recommended a ceasefire with the Taliban, who are seeking to reimpose strict Islamic law after their ouster in 2001, and Ghani endorsed the recommendation, announcing a laying down of arms until June 20.

Ghani has urged ceasefires with the Taliban before, but this was the first unconditional offer since he was elected in 2014.

“This ceasefire is an opportunity for Taliban to introspect (sic) that their violent campaign is not winning them hearts and minds but further alienating,” Ghani said in a message on social network Twitter after a televised address.

“With the ceasefire announcement we epitomise the strength of the Afghan government and the will of the people for a peaceful resolution to the Afghan conflict.”

There was no immediate reaction from the Taliban.

On the government side, not everyone agreed.

Former army general Atiqullah Amarkhel said the ceasefire would give the Taliban a chance to regroup.

“From a military prospect, it is not a good move,” he told Reuters. “It will give the enemy the opportunity to prepare itself for more attacks.”

He also said he doubted the Taliban would lay down their arms and deny themselves the opportunity of fighting during the holy month of Ramadan in which attacks have intensified.

“It’s a one-sided love story,” an international political analyst based in Kabul said.

The Eid al-Fitr holiday marking the end of Ramadan is at the end of next week.

Ghani in February offered recognition of the Taliban as a legitimate political group in a proposed political process that he said could lead to talks to end more than 16 years of war.

Ghani proposed a ceasefire and a release of prisoners among a range of options including new elections involving the militants and a constitutional review in a pact with the Taliban to end a conflict that last year alone killed or wounded more than 10,000 civilians.

US President Donald Trump in August unveiled a more hawkish military approach to Afghanistan, including a surge in air strikes, aimed at forcing the Taliban to the negotiating table.

Afghan security forces say the impact has been significant, but the Taliban roam huge swaths of the country and, with foreign troop levels at about 15,600 compared with 140,000 in 2014, there appears little hope of outright military victory.