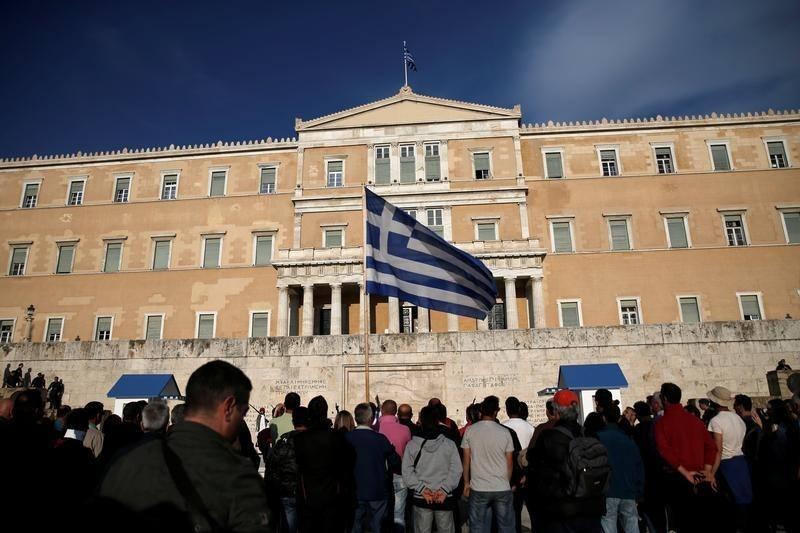 Greece is optimistic about prospects for a debt relief deal in June that will help make its post-bailout return to bond markets credible, along with EU monitoring and a cash buffer, a Greek government official said.

Greece was in talks in Paris on Thursday with its eurozone and IMF lenders about hammering out later this month a debt relief deal.

“We are weeks away from the completion of the bailout programme. There is no doubt that the programme will be completed successfully, that is, Greece will be able to regain sustainable and lasting market access beyond 2018 and 2019,” the official said, speaking on condition of anonymity.

The official said Athens was aware of the risk of contagion from jitters in the Italian bond market, where difficulties in forming a coalition government have driven yields higher.

“It’s important to design a strategy that will enable us to decouple Greek bonds from what is going on in the Italian bond market,” the official said.

Greece is therefore counting on a three-pronged strategy of a cash buffer, post-bailout surveillance by the European Commission and debt relief to plot a credible return to markets.

Athens aims to bring the cash buffer to up to €20bn, which would permit it to abstain from tapping markets for more than two years if issuing conditions are not favourable, the official said.

Greece will commit to sticking to existing fiscal and reform targets, though no new conditions would be imposed, the official said. The return of profits that eurozone central banks made on Greek government bonds to Athens would hinge on meeting those targets.

The official said he was optimistic loans will be extended under the debt relief deal eurozone finance ministers aim to agree at a June 21 meeting.

One of the objectives of that meeting is to secure IMF backing for the eurozone debt relief offer for Greece to boost its credibility with markets and bring investors back to Greece after it exits its bailout on Aug 20.

Though the IMF would prefer debt relief measures going beyond the eurozone’s offer, the official said that in the government “in our own analysis we don’t need it”.

The official also said that a French proposal to link repayments to economic growth was “on the table” but depended on how long existing loans are extended in the debt relief package.

With growth strong and revenues coming in better than expected, the government now sees room to ease taxes and increase spending on things like child poverty, the official said.

The government sees room to cut taxes by about 700 million euros next year. In 2019, €1.2bn is expected to be available with 75 per cent going to tax cuts and 25 per cent to higher spending. By 2022, the extra money is seen reaching €3.5bn with half going to taxes and half to spending.