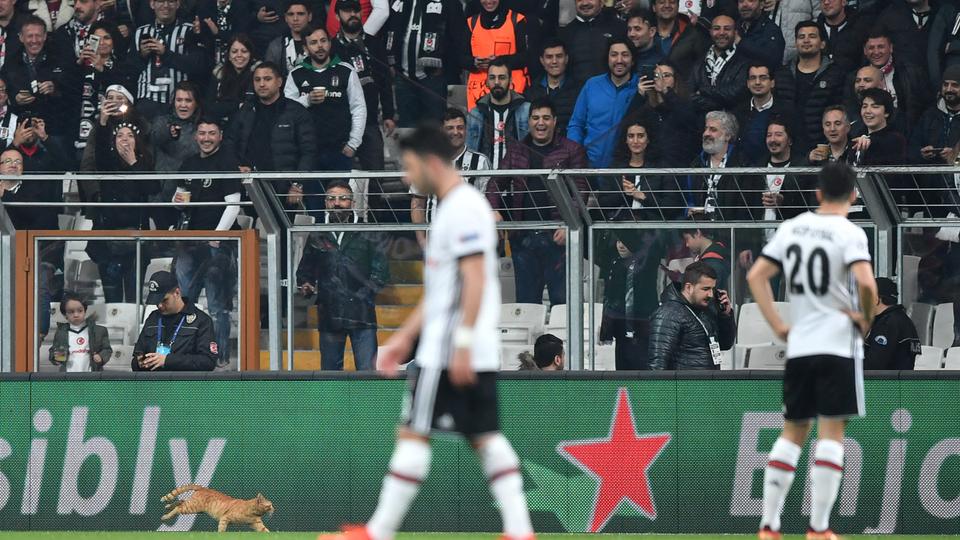 Turkish club Besiktas have been fined 34,000 euros ($40,120) by UEFA after a cat sneaked onto the pitch during the home leg of their Champions League round-of-16 tie against Bayern Munich in March.

European soccer‘s governing body charged Besiktas with “insufficient organisation” after referee Michael Oliver had to stop play in the second half against Bayern when a cat slipped past security and onto the pitch.

UEFA said in a statement that Besiktas were also penalised for fans throwing objects and stairways being blocked at the Vodafone Park stadium in Istanbul.

German champions Bayern won the match 3-1 to go through to the quarter-finals with a 8-1 aggregate victory.