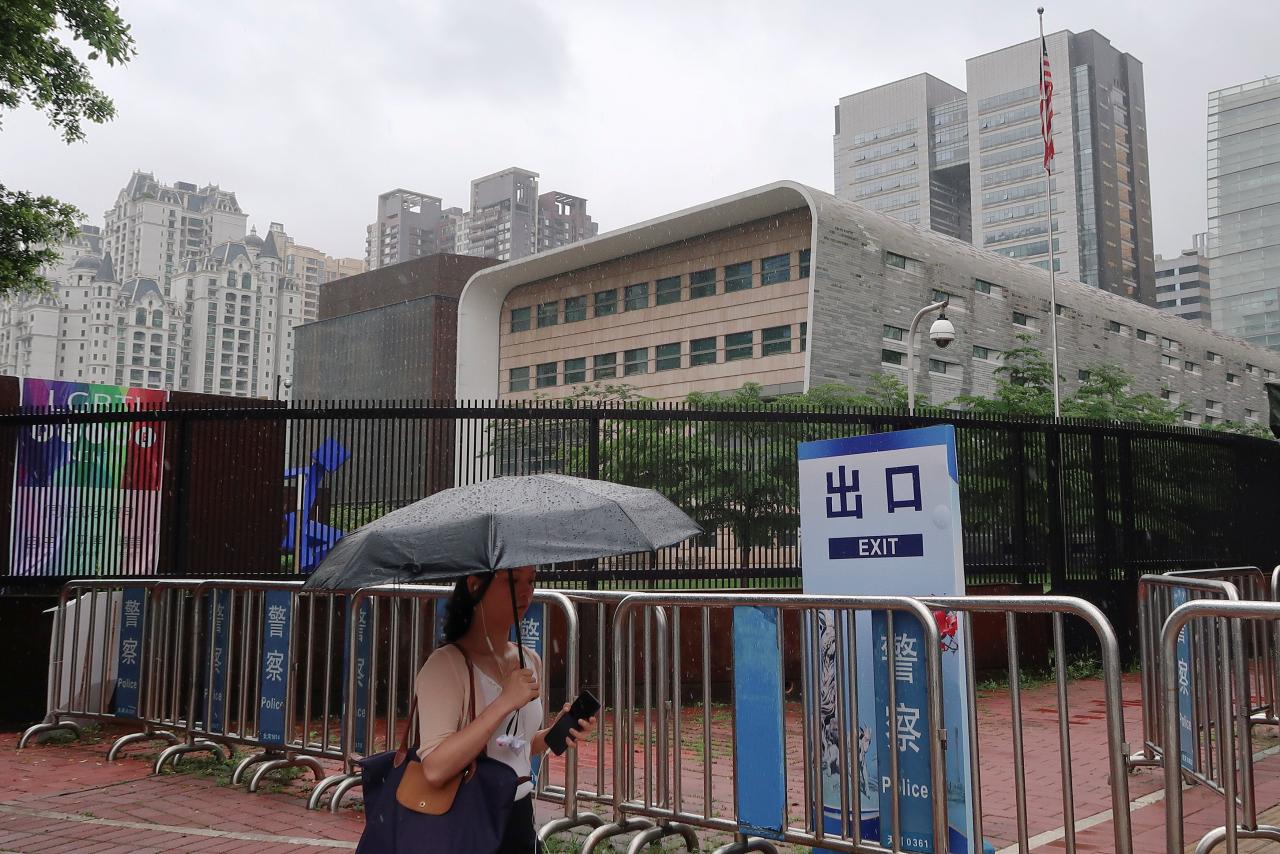 A woman shields herself from the rain as she walks past US Consulate in Guangzhou, China

The US State Department has brought a group of diplomats home from Guangzhou, China, over concern they were suffering from a mysterious malady that resembles a brain injury and has already affected US personnel in Cuba, a spokeswoman said.

After confirming one government employee had “suffered a medical incident” in the southern Chinese city, the department deployed a team to screen employees and family members at its consulate there, spokeswoman Heather Nauert said in a statement on Wednesday.

“As a result of the screening process so far, the department has sent a number of individuals for further evaluation and a comprehensive assessment of their symptoms and findings in the United States,” Nauert said.

“Medical professionals will continue to conduct full evaluations to determine the cause of the reported symptoms and whether the findings are consistent with those noted in previously affected government personnel or possibly completely unrelated,” she said.

The New York Times reported that the State Department had evacuated at least two Americans who fell ill after hearing strange noises in China.

Chinese Foreign Ministry spokeswoman Hua Chunying said on Thursday that as far as she was aware, the government had not had any formal communication with US officials on any new cases, and that it had investigated an initial incident.

“At present, there’s been no discovery of clues or the reason causing the situation the United States mentioned,” Hua told a regular news briefing in Beijing, adding that China protected diplomats according to international convention.

“If there’s really a problem then the US side can directly contact the Chinese side and communicate, and China will continue to conscientiously investigate and coordinate with a responsible attitude,” Hua said.

Four American members of staff at the US consulate in Guangzhou referred Reuters to the Beijing embassy press office when asked about the situation.

A US government official there reiterated that there had been only one confirmed case in China, announced last month, and the State Department was offering screening to anyone in the US embassy or consulates in China who requested it.

In addition to the Beijing embassy and Guangzhou consulate, the United States operates consulates in the mainland Chinese cities of Chengdu, Shanghai, Shenyang and Wuhan.

Last year, 24 US government employees and family members in Cuba displayed the symptoms, which were similar to those related to concussion and mild traumatic brain injury, according to the State Department.

The illnesses among the American diplomats stationed in Havana heightened tension between the old Cold War foes.

Secretary of State Mike Pompeo released a statement on Tuesday saying the department established a task force last month “to direct a multi-agency response to the unexplained health incidents”.

“The precise nature of the injuries suffered by the affected personnel, and whether a common cause exists for all cases, has not yet been established,” Pompeo said.

Parliament to convene over vacant seat