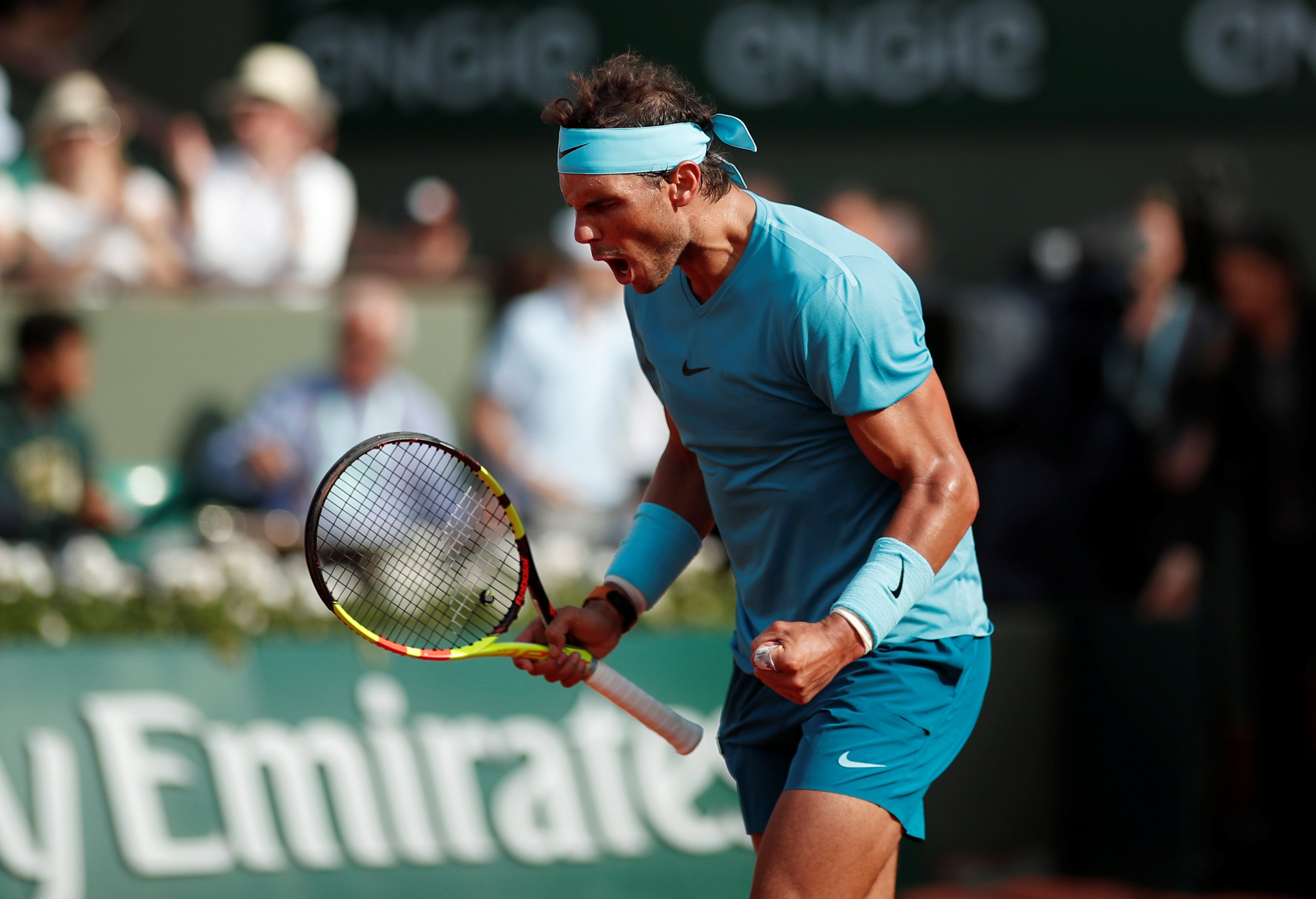 Argentine Del Potro often had Nadal in trouble in a ferocious first set but paid heavily for failing to convert any of the six break points that came his way at 1-1 and 4-4.

Once Nadal stole the opener with a break in the 10th game, it was one-way traffic as he left Del Potro trailing in a cloud of Parisian clay dust to set up a final against Dominic Thiem.

“It was a tough first set with opportunities for Juan Martin, I am fortunate that I won the first set and then I played more aggressively,” Nadal, who equals Roger Federer’s feat of reaching the final of a single slam 11 times, said on court as fans chanted “Viva Espana”.

“I am very happy to be back in the final here at Roland Garros. For me it’s incredible.

“Thiem beat me in Madrid this year and played with big power. I know I have to play my best tennis to have a chance on Sunday. I believe I can be ready for that final.”

Federer, who has skipped the French Open, has reached 11 Wimbledon finals, winning eight.

But Nadal’s domination on the Roland Garros clay, where his record now stands at 85-2, is without equal and he will be a huge favourite to beat Grand Slam final debutant Thiem.

Del Potro said the Austrian, the only player to beat Nadal on clay over the past two seasons, has a chance — albeit a slim one.

“It’s not easy. I’ve been on court just couple of minutes ago. It was almost impossible to beat him,” Del Potro said.

Del Potro, playing in the semi-finals here for the first time since losing to Roger Federer in 2009, was 0-40 ahead on Nadal’s serve at 1-1 but could not press home the break and worryingly appeared to hurt his hip at deuce in that game.

He did not look unduly affected though and his heavy groundstrokes took a toll on Nadal who rescued three more break points in the ninth game, one with a sublime drop shot.

There was a sense of inevitability in the air when Del Potro served at 4-5 and sure enough Nadal turned the screws to grab two set points at 15-40.

Del Potro saved one but a backhand error handed Nadal the set and he never took a backward glance after that.

“I think that was my chance of the match. I had a lot of break points. I couldn’t make it,” Del Potro said.

Nadal crushed Del Potro’s spirit with the intensity of his tennis in the second set, bounding 5-0 ahead before the Argentine registered a game to lift the spirits of his fans.

They tried their best to rouse their man in the third set but it was mission impossible as Nadal, clubbing the ball as if his life depended on it, finished like a raging bull as he headed into his 24th Grand Slam final.

While Thiem faces an almost impossible task on Sunday, Nadal was taking nothing for granted against the man who beat him in Madrid.

“He’s been a very complex opponent. He’s one of the best players in the world on this surface,” Nadal said.