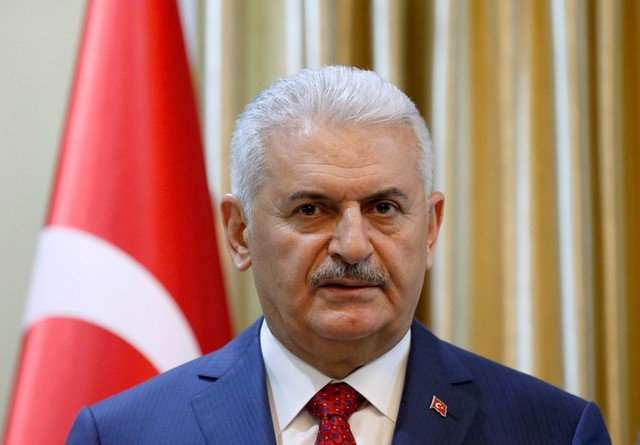 Stepping up Turkish warnings about expanding its military presence in Kurdish-controlled areas of Iraq, Yildirim told Reuters that Ankara would not hesitate to escalate an offensive against militants across its southern border.

The prospect of a major military operation comes less than three months after Turkish forces drove Kurdish fighters from the Syrian border region of Afrin. Turkey says that Kurdistan Workers Party (PKK) bases in north Iraq are next in its sights, despite protests from the central government in Baghdad.

“Our forces have now been positioned some 30 km into northern Iraq, working to prevent infiltrations and terror activities there,” Yildirim said in an interview on his plane as he campaigned for June 24 elections in eastern Turkey.

Accusing the PKK of carrying out “provocations and traps”, and long-distance attacks, he saidTurkey would “of course go further” if such actions continued. “We will show no hesitation here until these elements are neutralised,” he said.

“Every option (on Qandil) is on the table,” he added.

Turkey already carries out regular cross-border air strikes against the PKK in northern Iraq. On Friday, the military said warplanes had struck shelters and weapons stations in Qandil and other areas.

On Thursday night, President Tayyip Erdogan said if Iraq did not clear the region of PKK militants,Turkey would strike Qandil and the Sinjar area further west where it says the PKK is also concentrated.

Iraqi Prime Minister Haider al-Abadi said on Tuesday that Baghdad was ready to coordinate with Ankara to prevent cross-border attacks into Turkey, and said Turkish soldiers had been in northern Iraq since the 1980s.

But he called on Turkey to “respect Iraqi sovereignty” and accused Turkish politicians of raising tensions for domestic purposes.

“We will not accept an assault on Iraqi sovereignty even if it is a Turkish electoral campaign,” he said.

Relations between the two countries have also been hit by a giant Turkish dam on the Tigris River which could exacerbate water shortages downstream in Iraq. Turkey said on Thursday it had stopped filling the dam at Baghdad’s request.

Yildirim said a long term presence on Iraqi territory was a necessity for Turkey and did not violate its neighbour’s sovereignty. He said Turkey‘s actions were in line with international laws and United Nations rulings.

“Sovereignty is one thing and a country’s life and material security is another thing. We have always taken care of Iraq’s territorial integrity,” he said.

With a large Kurdish population of its own, concentrated in the southeast, Ankara has long resisted Kurdish ambitions for independence in Iraq, Syria or Iran, fearing it could inflame separatism inside Turkey.

In the last two years Turkey has also launched two military incursions in northern Syria against the Kurdish YPG militia which it says is an extension of the PKK – designated a terrorist organisation by the United States and European Union.

That has strained ties with the United States, which has allied itself to a YPG-dominated force in Syria in the battle against Islamic State.

Last week the two Nato allies sought to overcome some of their differences by endorsing a roadmap for the withdrawal of YPG fighters from the Syrian town of Manbij.

Yildirim said that while the agreement with Washington was a positive step, the withdrawal of the YPG was not enough and that weapons given to the militia should be collected immediately.

“Even if this agreement was reached, we must be cautious. We have to closely follow the implementation,” he said.

Yildirim said militants must withdraw from an area stretching from the Euphrates River to northern Iraq’s Sinjar – about 350 km of border territory.

“We removed them from (Manbij) and sent them east of the Euphrates, but they still have weapons, they’re still hostile towards Turkey. This is unacceptable for us,” Yildirim said.

“The YPG’s weapons must be collected, the so-called forces battling Daesh (Islamic State) must be dissolved and that region from the east of the Euphrates to northern Iraq, until Sinjar, must be cleared of terror elements,” he said.