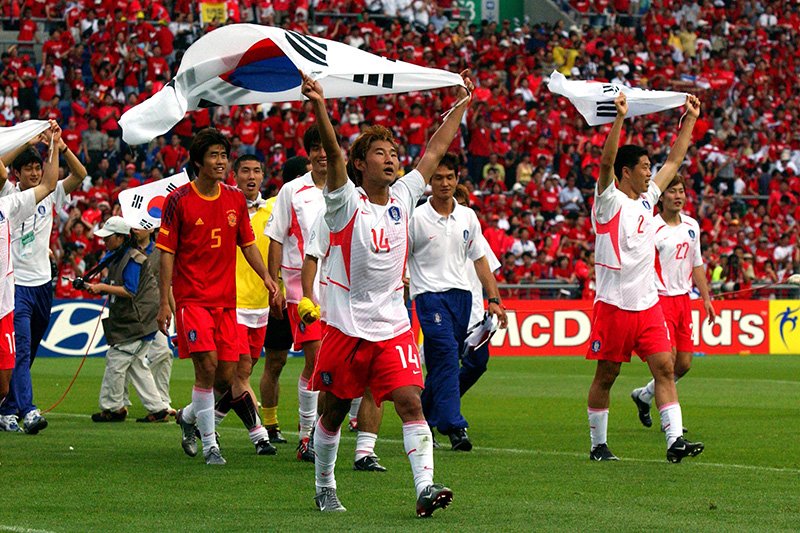 The 17th World Cup had a number of differences from the previous tournaments.

It was the first time that the Finals were held in Asia but what really stood out was that it was jointly hosted by two countries, South Korea and Japan.

It was also to be the last World Cup to use the golden goal rule.

It also proved to be a disastrous tournament for pre-tournament favourites with the likes of France and second favourites Argentina not even reaching the knockout stage. France finished bottom of their group with just one point while Argentina could only finish third.

The pleasant surprises of the tournament were Turkey who finished in third place, and one of the hosts, South Korea, who managed to reach the semifinals beating supposedly much stronger teams, Spain,Italy and Portugal before succumbing to the Germans in the last but one hurdle.

Senegal was another team that impressed during the finals defeating France early on in the tournament before bowing out to Turkey in the quarterfinals.

The Finals were not short of controversy with the hosts, South Korea being at the centre of most of them. In the group game against Portugal they gained a clear advantage after two Portuguese players were red carded (one seemed a bit harsh) while against Italy in the knockout stages a perfectly good goal for the Italians was disallowed while some horrific challenges by the Koreans were completely overlooked by the officials.

There was also a controversial incident involving Brazil when one of their star players, Rivaldo, feigned injury to get Turkeys Alpay sent off.

The fastest goal in World Cup history was also scored in this tournament with Turkey’s Hasan Sukur netting after just 11 seconds against South Korea.

England managed to avenge their 1986 defeat by beating Argentina by 1-0 in the group stages but were eliminated in the quarterfinal stages by eventual winners Brazil by 2-1.

Two goals by the tournament’s top scorer, Ronaldo, were enough to give Brazil their fifth World Cup win against the Germans at the International Stadium in Yokohama in front of almost 70,000 fans.

After a subdued first half, where Brazil were the dominant side, the Germans suddenly sprung to life in the second half with Jens Jeremies going close a minute after the restart while Neuville’s long range effort came off the post minutes later.

In the 67 minute Brazil took the lead after German goalkeeper Oliver Kahn could only parry Rivaldos goalbound effort into the path of Ronaldo who scored with ease. Eleven minutes later the same player doubled the score to seal the win for the Seleção.

It was a huge success for Brazil who had appointed Felipe Scolari as coach just twelve months before the Finals after a poor after a poor qualifying campaign.

In order to fit into his team his most talented players, most notably the three Rs, Ronaldo, Rivaldo and Ronaldinhio, Scolari introduced a 3-4-2-1 formation.