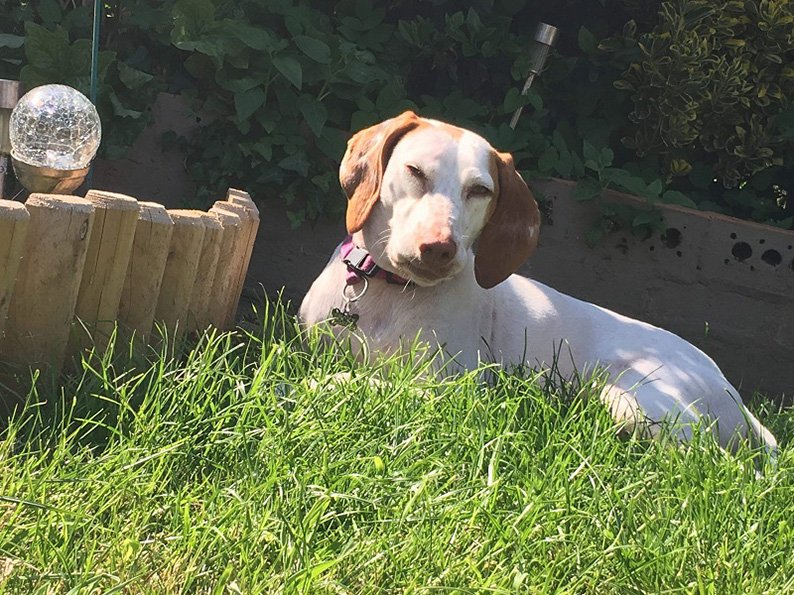 ucky, an unwanted Paphos dog, found a new home in the UK last month with a TV producer thanks to well-known actor Martin Clunes and the determination of a British expat resident and his wife

ALMOST 11,000 dogs have been sent abroad the past three years for adoption, according to data from the agriculture ministry.

The majority of these dogs have been sent to the UK, with Germany and the Netherlands making up the top three destinations.

According to data given by Agriculture Minister, Costas Kadis, in response to a question submitted in parliament by the Greens’ MP, Giorgos Perdikis, the state vet services supervise the procedure of the delivery abroad of dogs for adoption by animal welfare organisations.

Perdikis had asked whether dogs sent abroad for adoption are being microchipped, and if authorities make sure that there are no legal owners in Cyprus searching for these dogs.

He also asked whether the procedure to send dogs abroad by animal shelters is being supervised by authorities. The question follows reports that some of the dogs sent abroad may have been lost or stolen and may be sought by their owners.

Once a dog travels from one country to another, not accompanied by its owner or by a person authorised by the owner and the animal is not intended for sale or transfer to another owner, this act is considered in accordance with European legislation as a commercial act, the minister said.

For commercial movements of animals, registration is required with the EU TRACES (Trade Control and Expert System) system and a health certificate is issued. The online record lists information about the sender, recipient, animal number and date of dispatch.

For the issue of the certificate, a veterinary examination must be carried out within 48 hours prior to the time of dispatch of the animal.

It is also checked whether the microchip number of the animal is already on the register of the veterinary services, meaning it has an owner.

The fee for issuing this certificate is €34.17.

The UK received 8,244 of these dogs, 1,818 were sent to Germany and 501 to the Netherlands. Around 90 dogs were also sent to Finland and 102 to Belgium. One dog was sent to Canada in 2015. Small numbers of dogs were also sent to Greece, Austria, France, Sweden, Denmark, Malta, Switzerland, Lithuania, Ireland, Spain, the Czech Republic, Croatia and Luxemburg.

These numbers however, also include some dogs who were not sent abroad for adoption but for which a TRACES certificate had been issued because they were travelling unescorted.

The state revenue for issuing these certificates during this period reached €370,745.

The Animal Party said that the government ought to promptly implement a programme for neutering and spaying of stray animals and use the money collected for the issuance of the TRACES certificates toward that end.

Judging by that within three years, based on the data of the agriculture ministry, there has been an almost 50 per cent increase in the number of dogs sent abroad between 2015 (2,858) and 2017 (4,289), it seems that there will be an even bigger increase in this number within 2018, the party said.

It added that it wants to set the record straight as some “do-gooders” spread rumours that end up targeting volunteers and animal rescuers, “who are struggling day and night with little means and under adverse conditions but also financial impoverishment, to do what the state, and in particular the veterinary services, should have done since 1994” when the law on animal welfare entered into force.

According to the law, it said, the state vet services ought to assume their responsibilities as regards regulating the numbers of stray animals, always within ethical levels and in no way through euthanasia.