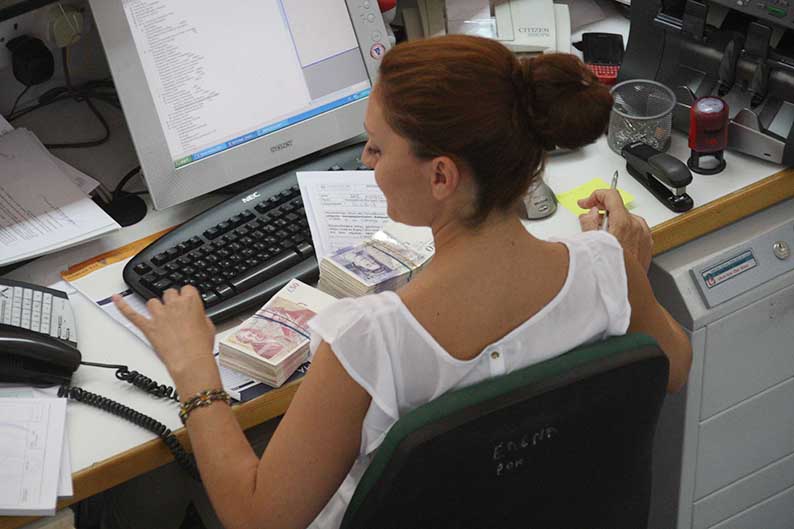 The foreclosures law is practically toothless

FIVE years after Cyprus agreed to the terms of its bailout and after parliament half-heartedly passed some of the agreed reforms, lawmakers are being asked to act swiftly as the economy faces the prospect of new and ominous troubles in the banking sector.

“Politicians don’t understand what this is all about and are carried away by slogans,” said economist and former banker Marios Clerides in a telephone interview. On Thursday, a day after the finance ministry and the central bank officials briefed representatives of political parties and other stakeholders about the probable effects of the failure to modernise the legislative toolbox of banks to reduce their non-performing loans. “It wouldn’t be the first time they let us down”.

If politicians fail to deliver, life will not continue as before, said Clerides who served as executive at the Co-op and Hellenic Bank in the past, adding that after the completion of the adjustment programme in 2016, fiscal discipline weakened and “we resumed old habits”.

The modernisation of the foreclosure and insolvency law, one of the requirements for banks to reduce their non-performing loans’ stock, currently around €22bn or almost half of their loan portfolio, encountered serious political and social obstacles, and after MPs passed a law in September 2014, it was subsequently suspended by parliament before it was ultimately enacted the following year.

According to a document forwarded to the leaders of political parties by the finance ministry a week ago inviting them to Thursday’s briefing, in 2016 and 2017, banks informed borrowers in 1,558 and 2,625 cases respectively of their intention to foreclose a property and only managed to schedule a “first auction,” which is required by the law in only 535 cases in 2016 and another 2,004 cases the following year.

The total number of properties sold at the first auction in 2016 and 2017 was 20 and 121 respectively and in subsequent auctions 1 and 19 also respectively, according to the data. The overall value of properties auctioned in 2016 did not exceed €3.5m while in 2017 it was slightly over €11.5m. Foreclosed properties are offered at the first auction at a minimum reserved price of 80 per cent of a property’s estimated value, which is not a requirement at subsequent auctions.

“This proves that foreclosures were proved an ineffective tool, providing cover to strategic defaulters,” the finance ministry commented in the document forwarded to party leaders.

At the end of 2014, after the completion of the recapitalisation of Bank of Cyprus, the Cooperative Bank of Cyprus (renamed last year to Cyprus Cooperative Bank) and Hellenic Bank –which combined account for roughly three quarters of total deposits and loans in the banking system and nine tenths of non-performing loans–, the total equity in the banking system rose at the end of the year to €7.4bn from €4.8bn at the end of 2013.

The need to increase provisions for loan impairments, from below €9bn in December 2014 to almost €11.7bn in January 2018, was mainly at the expense of the banks’ equity which fell to €5.6bn by the end of 2017, according to Central Bank figures.

The terminated loans for which banks made provisions, “if they are ever collected, they will be collected only through foreclosures,” said Clerides. “Therefore, the banks’ viability depends on whether they will be able to foreclose or not”.

Marinos Gialeli, a participant in Thursday’s briefing at the finance ministry said in an interview that consequences of the politicians’ failure to find a solution to the challenges the banks are facing would be “catastrophic”. With new stress tests looming in less than five months, Cypriot banks will have to convince regulators that they will be able to collect, or else they will be asked to again find new capital, Andreas Charalambous, a senior finance ministry official warned.

Economist Clerides said that convincing investors to again inject fresh capital into the banking system four years after they lost value as Cyprus failed to keep promises it gave that it would get its act together and modernise its economy, may prove more difficult this time.

Even with an amended foreclosure and insolvency framework, the Cypriot justice system, known for dragging its feet, may likely also delay procedures as borrowers will always have the right to contest foreclosures legally, he said.

Since the 2013 banking crisis, private investors and government invested almost €3.5bn into Cypriot banks. The Bank of Cyprus share is traded currently at roughly four tenths of the price investors paid in its 2014 capital increase while Hellenic Bank’s share, suspended from trading last month while the bank is negotiating the buyout of the Co-op, was last trading at around one third of the value it had three years ago. The government, which invested almost €1.7bn into the Co-op, saw the value of its investment wiped out.

Minutes before the participants at the briefing at the finance ministry walked out the building, the International Monetary Fund (IMF) said in a statement that the political and social acceptance of strategic default in Cyprus undermined financial intermediation. Most participants confirmed with their comments to the press the IMF’s assessment by criticising the fact that the proposed measures to reduce delinquent loans mainly aimed at facilitating foreclosures.

Our View: Greek Cypriot side wants talks as long as they go nowhere