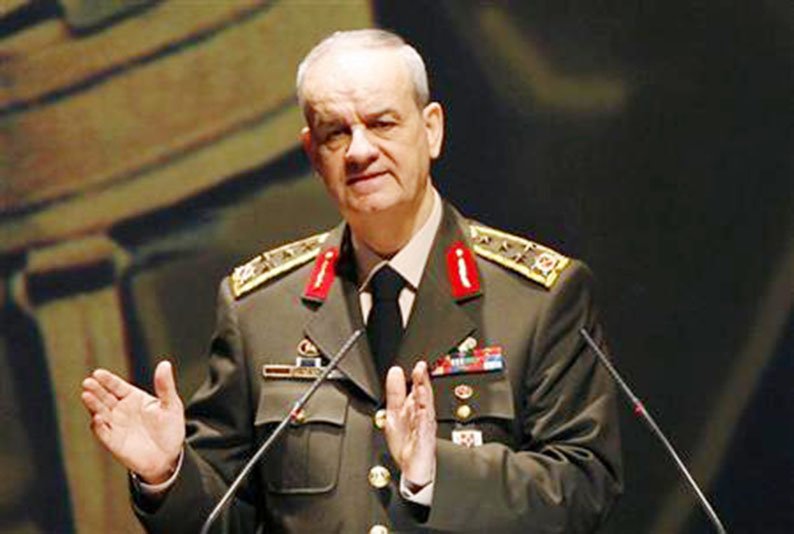 I RECENTLY developed an aversion to writing about the political problem in Cyprus but my writer’s block disappeared after I read comments made by retired General Ilker Basbug, the 26th Turkish Chief of Staff, that the treaty of guarantee concerning Cyprus was not a matter for the Turkish Cypriot leadership.

He maintained that the treaties concerning the independence of Cyprus are between Turkey, Greece and Britain and that any decision on the Turkish side to amend them would be for the Turkish National Assembly and not the Turkish Cypriot leadership.

He said that Turkish Cypriots have no standing to put the treaties on the table in any negotiations. No talks are in prospect at present but if his analysis is correct it raises an important point of principle concerning the sovereignty of the Republic of Cyprus.

Who then is General Basbug and do his views matter or was he saying no more than, like the other contracting states to the Cyprus treaties, Turkey will have to ratify any changes and that this is normally done by their legislative assemblies?

General Basbug rose through the ranks and was Turkey’s Chief of Staff between 2008 and 2010. He is an expert on Turkish military and strategic thinking who was involved over many years with the security of Turkey and NATO including as a member of the Turkish National Security Council.

In 2013 he was wrongly convicted of plotting to overthrow the government of prime minister Erdogan and sentenced to life imprisonment but his conviction was overturned on appeal.

I said at the time that in Britain, retired generals are given a baronetcy and elevated to the House of Lords, the UK’s second chamber, where they contribute to informed debate on military matters, rather than sent to prison on trumped-up charges.

How any one, let alone his own prime minister, believed that General Basbug of all people could be guilty of leading a terrorist organisation beggars belief.

He is now a free man and is not shy about expressing his views on Turkish strategic thinking. His views matter because as a former Chief of Staff he knows Turkish thinking about Cyprus beyond the point-scoring that passes for debate between politicians who would say anything to garner votes.

I believe General Basbug was indeed suggesting that the treaty of guarantee is now exclusively a matter between Turkey, Greece and Britain. If I understand the reasons behind his thinking correctly, they are that under the strict letter of the constitution of Cyprus the Turkish Cypriots form an integral part of the state of Cyprus and the guarantor powers cannot engage with the Turkish Cypriot community except as part of the government of Cyprus, otherwise they would themselves be defeating the object and purpose of the treaty.

On close analysis, however, the Turkish Cypriot community cannot just be wished away in negotiations to change the international status of Cyprus. Provided always that the government of the RoC is at some stage going to be properly constituted with Turkish Cypriot participation, General Basbug is wrong in his assessment that the Turkish Cypriots are not entitled to put the treaty of guarantee on the table and agree an alternative way of securing the implementation of any future political settlement if in their view it is in their interest to do so.

After all the treaties of establishment, guarantee and alliance were all signed on behalf of Cyprus by Archbishop Makarios and Dr Fazil Kucuk as leaders of the Greek and Turkish communities with plenipotentiary powers to bind the RoC that were then ratified retrospectively by a deeming provision in Cyprus’ constitution.

The Treaty of Establishment transferred sovereignty over the territory of the island to the Republic of Cyprus except the areas retained by Britain as sovereign base areas. All duties and obligations were transferred to the government of the republic as were all benefits appurtenant to the territory previously enjoyed by Britain.

Under the treaty of guarantee, the RoC undertook to respect her constitution. She further undertook not to promote union with any other country or partition. The reason it is called a treaty of guarantee is because at that time everyone knew that independence was not what the Cypriots wanted so it was thought necessary to have a system of guarantees as a deterrent.

The way that system was supposed to operate was that if Cyprus did not keep to her undertakings, the guarantors would consult and step in to prevail upon the Cypriots to comply, failing which the guarantors reserved the right ‘to take action with the sole purpose of re-establishing the state of affairs created by the treaty.’

What the Cypriots have not been able to agree is whether to re-establish the state of affairs created by the 1960 accords or whether there is an alternative way of starting again from scratch.

The Turkish Cypriot community must, therefore, be entitled to negotiate a new state of affairs to put to the other contracting states as the common position of the RoC, to succeed the old in accordance with normal principles of international law.

The Turkish National Assembly has absolutely no say on any common position the Turkish Cypriots decide to adopt with the Greek Cypriot community, including one that repeals the provision that gives the guarantors the right of unilateral action.

Politically, the Turkish government has a lot of leverage but not the final say on what can and can’t be negotiated. If the Turkish Cypriot side is happy to negotiate implementation arrangements without any right of unilateral action by the guarantors, they can adopt it as the common position of the RoC and if it is agreed by the executive of the guarantor powers it will then be sent to their legislative assemblies for ratification.

It is only at that stage the Turkish National Assembly would have a say and not at the earlier negotiation stage suggested by the General.

As General Basbug knows only too well from the miscarriage of justice perpetrated against him you cannot be economical with the truth and you cannot cherry pick it either.

The end of the national dream