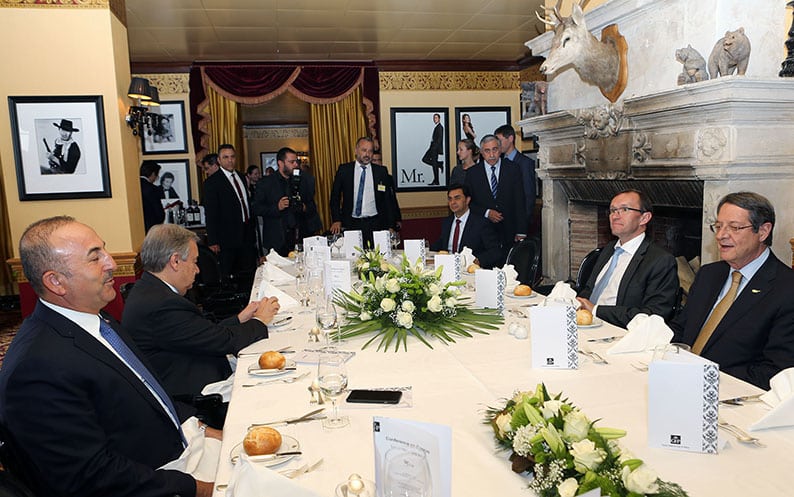 WHEN THERE is nothing happening on the Cyprus problem, our politicians and journalists invent something, as if they have a professional duty to provide people with some kind of story, indicating it has not died. The funny thing about this is that nobody apart from politicians and journalists is remotely interested in speculation about new initiatives, procedural worries and so-called developments that amount to nothing. People, understandably, have had enough of these non-stories manufactured by the Cyprus problem industry, so that its workers can justify their jobs.

It is in context that speculation of the last couple of months, stepped up in the last few weeks, about the UN Secretary-General sending of an envoy to explore the prospects of a resumption of talks should be seen. This has generated countless reports from New York, where correspondents of Cyprus media keep asking the UN Secretary-General’s spokesman Stephane Dujarric all sorts of questions about the envoy. When would she visit, had the Turkish side given its approval, what would she discuss, would she arrive after the elections in Turkey and so on.

Last week there were reports that the envoy Jane Holl Lute, would be arriving in Nicosia between July 9 and 12. President Anastasiades on Thursday night denied there was such a plan. All that happened was that the government was asked if it consented to the “appointment of a special envoy to test the ground and explore the current state of affairs so the UN Secretary-General, Antonio Guterres could decide whether or not to call a new conference about the Cyprus issue,” said the president. He held some hope, but noted that Turkey had still not given consent to the appointment of Holl Lute.

According to the president, the envoy’s mission, if and when she arrives, would be to establish if there were grounds for the UNSG to call a conference. There would be no resumption of open-ended talks that would drag on forever nor a UNSG special advisor to facilitate the process for two or three years until the next deadlock was reached. If this is actually the case, all the journalists and politicians who were keen on the arrival of an envoy would start warning about traps being set up for the Greek Cypriot side and predicting that there would be a plan to “close the Cyprus problem.” Some might also point out that we would go straight to a conference because that was what Turkey wanted.

The reality is that the Greek Cypriot leadership wants movement on the Cyprus problem – envoys, speculation about initiatives, some negotiations, UNSG reports – as long as it does not lead anywhere, hence the perennial rejection of time-frames and Anastasiades’ insistence on open-ended talks. But if what the president said about going directly to a conference was correct, it suggests, after 40 years of failed talks processes, the UN has also given up on the never-ending negotiations about political equality, property, etc, because it is a reckless waste of its resources.

The issue of Unficyp’s continued presence – another waste of UN resources – was also brought up at the Security Council and Guterres had been asked to review the peace operation and report back. UN officials were in Cyprus earlier in the year for this purpose and although nothing was made public the matter is certain to be raised in the near future when the UN carries out a full re-appraisal of its Cyprus peace operation, with a complete disengagement a distinct possibility. And then, nobody would be able to talk about new initiatives or the arrival of UN envoys to test the ground because the UN would have placed the ‘closed’ sign on the Cyprus problem door.

Announcing the closing of the conference on Cyprus in Crans Montana, 11 months ago, Guterres said the ensuing period would be a time for reflection. The UN would undertake a new initiative only when the two leaders communicated to him their readiness to return to the process. In those 11 months, the two leaders met once for dinner at the UN Special Representative’s residence and have not given any indication they were ready for a resumption of any process. On the contrary, each has set conditions for the resumption the other will not accept, while engaging in a relentless blame game and poisoning of the climate.

Foreign minister Nicos Christodoulides informed us last week that “we hope that immediately after the (Turkish) elections there will be mobility”. No thought, however, has been given to the possibility that this mobility could lead to the closing of the UN peace mission in Cyprus, which will have no reason for existence if the two sides continue to show no interest in reaching a deal.