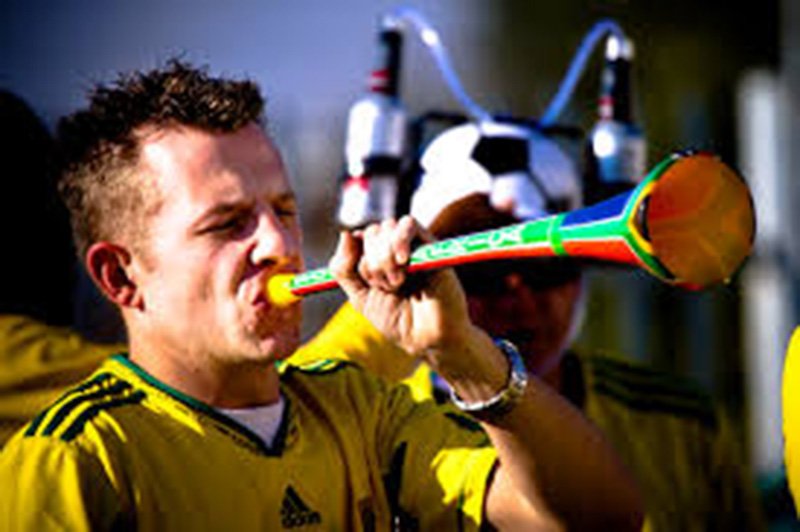 The 2010 World Cup was held on the African continent for the first time, with South Africa chosen as host nation.

The tournament was noted for its highly defensive opening matches, controversies surrounding goal-line technology, and the introduction of the much-criticised vuvuzela plastic horn.

President Nelson Mandela kicked-off the event in a country that 20 years previously was banned from every international sports competition due to apartheid.

Holders Italy played Paraguay with almost the same team from 2006, and it became evident that they had become too old to advance deep into the tournament.

When the knock-out stage started, a new hero emerged – Paul the octopus – an animal that had correctly predicted the outcome of every match from inside his aquarium in Germany.

Technology also made the headlines for the wrong reasons in two high-profile incidents as England’s Frank Lampard had a goal incorrectly ruled out against Germany as the Three Lions went down 4-1 in the Round of 16 – their heaviest defeat in World Cup history.

Mexico meanwhile never recovered in their clash against Argentina a day later after Carlos Tevez headed the South Americans in front despite being yards offside when the ball was played to him by Lionel Messi.

FIFA President Sepp Blatter took the unusual step of apologising to England and Mexico for the decisions that went against them, saying: “Yesterday I spoke to the two federations directly concerned by referees’ mistakes I apologised to England and Mexico. The English said thank you and accepted that you can win some and you lose some and the Mexicans bowed their head and accepted it.”

The quarter-final between Uruguay and Ghana was one of the tournament’s most memorable games.

After Luis Suarez was sent off for a deliberate goal-line handball in the final minute of extra time, Asamoah Gyan had the chance to put the Black Stars in the semi-finals for the first time. The Ghanaian missed from the penalty spot and it proved costly when Uruguay won the shoot-out to advance.

A young German side also made it through to the last four with a 4-0 demolition over Diego Maradona’s Argentina.

In the semi-finals, many people believed justice was done as the Netherlands overcame ‘unsportsmanlike’ Uruguay, while Spain beat Germany thanks to a Carles Puyol header.

This made it the first World Cup where neither Argentina, Brazil, Italy or Germany would reach the final.

The 2010 final between the Netherlands and Spain at Soccer City in Johannesburg would see a new champion crowned for the first time.

It was the second consecutive all-European final and marked the first time a European team has won the trophy outside Europe.

The Dutch had lost the 1974 and 1978 finals, with Spain in the showpiece for the first time.

European champions Spain were favourites, having swept all before them in the previous two years with their mesmerising ‘tiki-taka’ passing style, with Barcelona players providing the core of the squad. 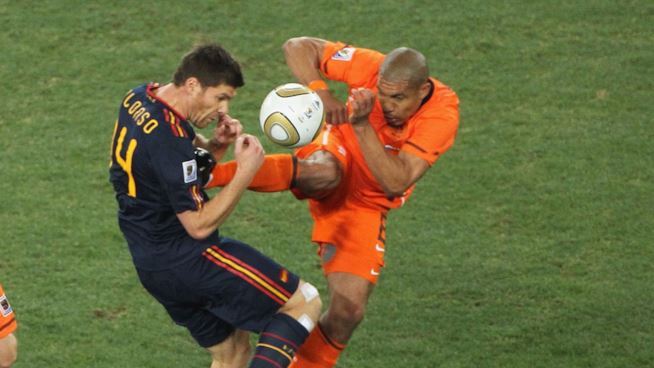 Webb later admitted that he should have also sent off Heitinga’s team-mate Nigel de Jong for an awful kung-fu style kick to Xabi Alonso’s chest.

The match itself was goalless and went to extra time. With a penalty shootout looking inevitable, Andres Iniesta finally broke the deadlock four minutes before the end of extra time, scoring with a right-footed half volley to send La Roja and their supporters wild.

With their poise and kaleidoscopic passing Spain represented football in its ideal state. Self-expression conquered pragmatism as fireworks over Johannesburg marked the end of Africa’s first World Cup.

Spain became the first European team to win a World Cup played outside of Europe.

The tournament was one of the most unpredictable in history, but not for Paul the Octopus, who had correctly predicted Spain would win the title.